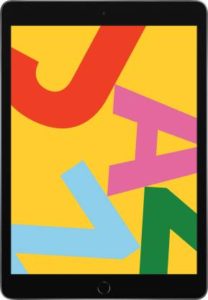 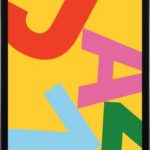 After two sequential quarters of decline, the worldwide tablet market recorded 18.6% year-over-year growth in the second quarter of 2020 (2Q20) with shipments totaling 38.6 million units, according to preliminary data from the IDC. With COVID-related lockdowns continuing to restrict many activities, consumers turned to tablets for entertainment, business, and e-learning.

Apple shipped 12.4 million units in 2Q20 to capture the top position once again. As logistical issues lessened, the vendor was able to pump a large number of shipments into the channel and record year-over-year growth of 1.3%. The 10.2-inch iPad still continues to be Apple’s best seller owing to its affordable price and ability to connect to a keyboard. iPad Air and the latest iPad Pro have also been able to maintain momentum.

Samsung retained the number two position and recorded year-over-year shipment growth of 42.5%. The company managed to ship 7 million units in the quarter. Much of this growth is attributed to inventory replenishment and high demand from stay-at-home orders.

Huawei shipped 4.8 million units in 2Q20 for year-over-year growth of 43.5%. The company managed to gain more than two points of share compared to 2Q19, which was mainly from its Android detachable portfolio. The vendor’s focus on Windows detachable has taken a back seat as it faces heavy competition from traditional Notebook PCs, which out compete detachables both in price and performance. Huawei continued to face significant headwinds outside of China, however it still managed to record year-over-year growth in both Europe and the rest of Asia/Pacific.

Amazon.com regained the fourth position with growth of 52.0% year over year. The company also gained share from 7.3% in 2Q19 to 9.3% in the most recent quarter. In an attempt to make the most of the situation the vendor also launched new 8-inch Fire HD tablets with upgraded processor and storage to cater to users looking for inexpensive devices for content consumption.

Lenovo finished the quarter in the fifth position recording year-over-year growth of 51.0% and shipping 2.8 million units. The vendor’s diverse portfolio has helped them tap into all markets across the globe, however, its lower end tablets seem to be the most sought-after devices. In the current quarter Lenovo was able to manage growth across all regions except China due to strong competition from Huawei.