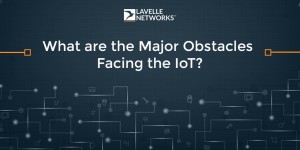 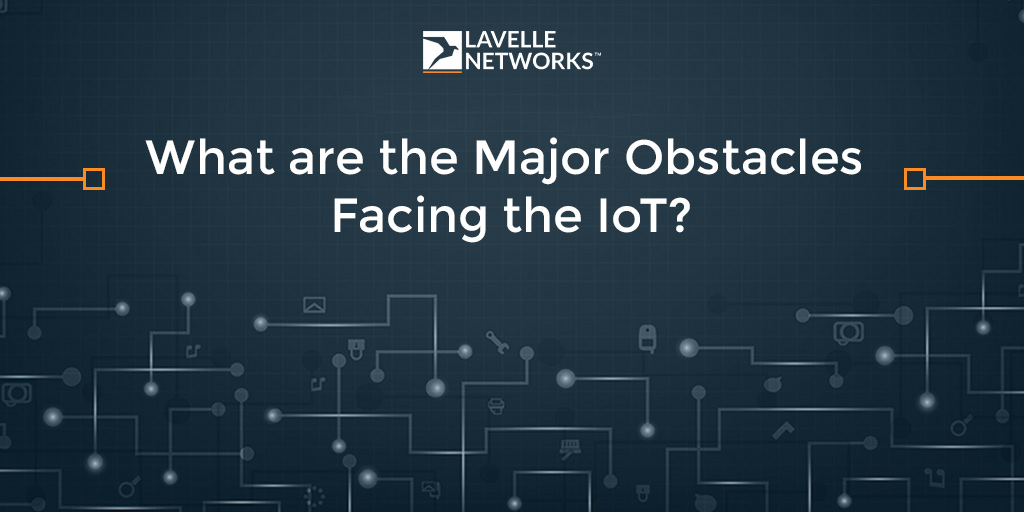 The Internet of Things isn’t simply a matter of technological advancement — it’s also a statement of intent about what technology means (and can mean) to humanity. It heralds a world of grand background connectivity, with algorithms buzzing all around us to improve our lives in countless ways: saving our time, extending our reach, and increasing our power.

But something so momentous won’t move neatly from a niche curiosity to a mainstream reality. Years after the basic premise became viable, the IoT remains something that captivates huge businesses but comes nowhere close to delivering on its enormous potential (it may seem set to connect 31 billion devices by next year, but that’s just a drop in the bucket). So what’s holding it back from changing the game? Let’s take a look at the major obstacles facing the IoT:

Back when the internet first became a household utility, there was a remarkable amount of optimism about the sharing of personal data. Phishing rapidly appeared, but even with associated fraud, people remained mostly unconcerned about their privacy. It’s only in recent years that high-profile data leaks (and the discussion around GDPR) have raised awareness of just how dangerous it can be to share your details online.

For the IoT, take all those concerns and multiply them exponentially to account for all the potential points of vulnerability that can appear in an all-encompassing device network. If just one device with automatic access gets compromised, that weakness could allow a hacker to gain access to a vast amount of valuable information.

This isn’t impossible to solve, obviously — it’s really just a matter of setting out suitable security standards across the board and updating legal frameworks to fit the technology — but it might be a while before a satisfactory solution arrives. The higher the security standard required, the more expensive it’ll be for a manufacturer to create an IoT device, so it’s a complex situation.

The internet requires a lot of energy, both in the electricity needed to keep it live and the varied resources that go into producing the underlying hardware. With many people these days (particularly those from the younger generations) having very reasonable concerns about the future of the species in light of environmental damage, it’s easy to understand why the prospect of everyday life becoming saturated with battery-led connectivity is worrying to them.

Of course, the IoT doesn’t need to be deployed in a heavy-handed fashion (plenty of things don’t need to be connected), and those devices and systems that are connected can actually be rendered more energy-efficient as a result of being enabled and disabled as needed.

The scale of insight afforded by the IoT can help massively with making entire cities more energy-efficient, offsetting the energy required to sustain it. In principle, it could even constitute a net positive through uses such as supply chain optimization or predictive maintenance (the Datonis platform, for instance, can help address machine faults before they cause shutdowns, ultimately saving effort and energy. What’s needed to proceed is a compelling argument that the IoT isn’t going to drain our resources, but instead help us to use them more responsibly.

IoT devices require wide-reaching support to function effectively. The more tightly everything knits together, the more glaring it is to deal with legacy systems that weren’t designed for anything so grand. As much as you might like to focus on the smart elements of your operation, you would need to find clumsy ways to bring older systems into the fold.

Relatively new industries, and particularly those that rely on a great deal of operational flexibility, already take extensive integration support for granted (enterprise retail CMS Shopify Plus boasts support for “ERPs, PIMs, OMSs, CRMs, and 3PLs”, for instance) — but many industries that have been around for a long time are still coming to terms with online business in general. The IoT is a step too far… for the moment, at least.

This isn’t an obstacle to worry about, because it’ll steadily be eroded by software updates and migrations, but that also means that it can’t realistically be rushed. Sooner or later there will be a tipping point at which it becomes conventional — but when is something we can’t know.

The broad cost of implementation

It’s intimidating for old businesses to consider replacing entire systems purely to enable meaningful IoT functionality, because it’s an expensive proposition. Not only is it costly to buy and secure relevant devices, but it takes a lot of time and effort just to figure out which devices are relevant. Look at it this way: you could connect almost anything to the IoT.

That situation of nearly-unlimited choice can easily lead to analysis paralysis, leaving people convinced that they should be using the IoT somehow but never sufficiently confident to make a specific decision. What happens if you invest in something that does pay off? Or if you invest in something that doesn’t? How can you know what’s worthy and what’s a waste of time?

Some still fear that the IoT offers too much data and not enough insight. There’s already been proof of concept from some huge companies, but only when enough small companies have successfully employed it will it stop being a scary prospect and start feeling routine.

What can we expect from the future of the IoT? It’s still frustratingly difficult to tell, because the technology has such enormous potential. Because of these obstacles, I don’t envision it making a radical difference in the next year or so — but I’ll be extremely surprised if we don’t reach a tipping point within the next 5.