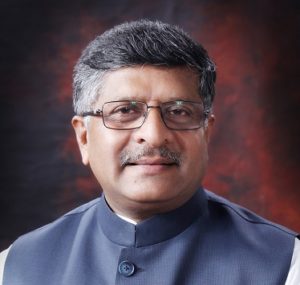 In the launch of the ‘Electronics Manufacturing Schemes’ in New Delhi, Union Minister Ravi Shankar Prasad on Tuesday said that the country is emerging as the “second-largest manufacturer of mobile phones” in the world and also said that “the production of mobile phones has gone up to approx 33 crore in 2019-2020.”

“From just 2 production factories, today we have more than 200 manufacturing units. India’s electronic manufacturing was worth Rs 1,90,366 crore in 2014, today it’s Rs 4,58,000 crore. India’s global share in electronics has risen from 1.3% in 2012 to 3 per cent in 2018. Electronic production has surpassed exports,” he said. He also said that the Centre is working towards constructing a “robust” manufacturing ecosystem in the country.

“PM Narendra Modi has given a clarion call for Aatma Nirbhar Bharat (a self-reliant India). In view of that, the government is working towards to build up a robust manufacturing ecosystem in India.”

“There is a higher leverage given to hardware manufacturing in India in the past few years, which has emerged as an important pillar of the Make In India and Digital India initiatives. Self-reliant India is not an India of isolation and its not an inward-looking India. It is an India which develops an ecosystem as a robust asset to the global economy,” he added.

“The National Policy on Electronics 2019 aims to position India as a global hub for Electronics System Design and Manufacturing (ESDM) by encouraging the country to develop core components, enabling the industry to compete globally,” he further said.