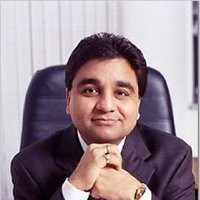 IBM (NYSE: IBM) announced that Vodafone Idea Limited (VIL) has delivered the first major production milestone for core network functions on its Open Universal Hybrid Cloud, powered by IBM and Red Hat. The platform now enables IT and network applications to run on a common cloud architecture – designed to deliver breakthrough ROI improvements through optimization of CapEx, OpEx, skills and automation investments across both the Network and IT application domains.

The Open Universal Hybrid Cloud is a hybrid cloud platform that is based on open technology and open standards from IBM and Red Hat. It enables Vodafone Idea to better serve its more than 300 million subscribers by simplifying and transforming its IT and telecom network operations. The new platform is deployed across many distributed Vodafone Idea cloud microsites across India, as well as its central IT operations which are also run by IBM.

This platform enables radical automation through standardization. A wide range of capabilities from IBM and Red Hat, including Watson AI and Red Hat Ansible Automation Platform, will strengthen VIL’s capability in network and IT planning. New network cloud microsites and IT capacity will now be able to be provisioned in an agile way, enabling faster deployments and cost efficiency.

This platform, which has the potential to deliver a step change in the cost and quality of core network delivery, enables new distributed edge compute capabilities that can seamlessly blend network and IT functions. IBM and Vodafone Idea’s breakthrough secured hybrid cloud is also built for business and the provisioning of highly differentiated B2B services to the India market. Vodafone Idea and IBM plan to work together as Vodafone Idea brings additional B2B services to market, like blockchain based solutions, in key industry verticals such as retail and financial services.

IBM has been a key IT partner to Vodafone Idea for more than a decade. Today’s news extends and builds upon previous hybrid cloud collaborations between Vodafone Idea, IBM and Red Hat. This includes the agreement in May 2019 to deliver an enhanced customer experience to millions of connected consumers and businesses in India through further enhancements of Vodafone Idea’s IT hybrid cloud, resulting in the delivery of the IT facet of the company’s Open Universal Hybrid Cloud.

It also builds on the October 2019 announcement of Vodafone Idea’s adoption of Red Hat technologies to build, operate, automate and orchestrate the Network Cloud. This paved the way for integrating network function into the Open Universal Hybrid Cloud.

Today’s announcement brings it all together, with a single Open Universal Hybrid Cloud supporting both IT and network function within Vodafone Idea, and enabling those capabilities to be taken to market with extreme agility. 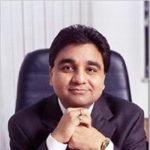 “Through our collaboration with IBM and Red Hat, we are adopting open standards and leading with highly automated, machine learning based hybrid cloud solutions to create India’s first Open Universal Hybrid Cloud that supports our most mission-critical operations across Network and IT systems, and B2B Enterprise customer offerings. This is part of our transformation journey to set up a robust, future ready network,” said Vishant Vora, CTO of Vodafone Idea Limited. 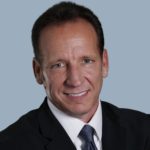 “As major communication service providers like Vodafone Idea continue to modernize, they are turning to IBM as their strategic partner to build, deploy and manage their networks as an open cloud platform with telco-grade security,” said Steve Canepa, Global Managing Director and Worldwide Head of Telecommunications, Media & Entertainment Industry, IBM. “By selecting IBM and Red Hat, VIL will benefit from our commitment to open architecture, our scale investments in   automation and AI capabilities, and our proven industry expertise.”

“We are pleased that Vodafone Idea continues to build on Red Hat as one of the core technologies to deliver its Open Universal Hybrid Cloud.” said Ashesh Badani, Senior Vice President, Cloud Platforms, Red Hat. “By accelerating automation of the network and serving as a key enabler of converging its network and IT domains with a common architecture, Red Hat is helping Vodafone Idea to bring the platform to a broad range of customers, including small to medium-sized enterprises and start-ups.”