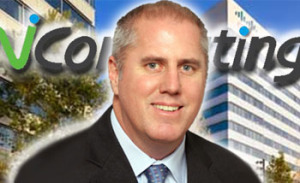 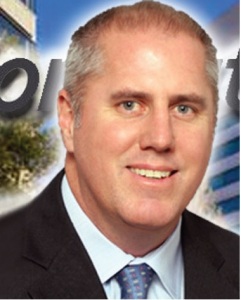 Managing employee desktops and laptops is a costly and time-consuming operational reality for  IT. Just look at what has to go into today’s modern desktops for simple day-to-day maintenance tasks – applying patches, upgrading applications, onboarding new users, maintaining security, etc. These tasks are all an IT headache both through their necessity and because of the amount of time and effort it takes to properly manage them. IT departments from organizations of all sizes around the world are rapidly turning to desktop virtualization and reaping its benefits as a low cost, powerful alternate technology to traditional PCs.Once a company has decided to move forward with desktop virtualization, next the type of desktop virtualization to best meet IT objectives needs to be considered. There are two main types of virtual desktop computing: one-to-one desktop virtualization, commonly known as VDI, or one-to-many, known as session-based desktop virtualization.

VDI vs. Sessi on-Based Desktop Virtualization
In the past five years, the number of VDI users has nearly doubled, according to recent Tech Republic survey data. VDI uses a hypervisor to run a user’s OS in a virtual machine (VM), decoupling it from the PC host hardware. Typically multiple VMs run on servers in a central data center, isolating the user desktop environment from the physical device and enabling the user to access their virtual desktop from any PC or laptop computer or other access device from any location. Since the computing resources are centralized, management and maintenance is streamlined and easier for IT to deal with. This flexibility allows for much more
mobility among employees.

VDI also requires constant bandwidth and solid network connectivity between the endpoint devices and the back-end servers, so it is not necessarily a good fit if offline mobility is required or if branch offices have slow WAN links to the data center. And if a company plans to implement pooled VDI (the most common approach), then two systems management infrastructures are needed: one for the pooled VDI environment and one for everything else (desktop PCs and notebooks).

Session-based desktop virtualization on the other hand, allows users to share one virtualized server desktop environment in the form of individual sessions instead of separate operating environments per user. This shared virtual desktop environment can run on servers in a central data center or on a physical PC in a workgroup, call center or classroom, for instance. A hypervisor is not required for small user environments (less than 100) making it extremely simple to setup and deploy compared to that of a VDI. In the case of larger deployments, the shared desktop environment can run inside a virtual machine on a server. Multiple VMs on multiple servers can scale a deployment to thousands of users.

A possible disadvantage of the session virtualization approach is that sessions are not completely isolated from one another on the server the way virtual desktops are. With session virtualization, the users share the OS and applications installed on the server; with VDI, each user has his or her own separate OS instance with its installed applications.

The Verdict? ‘One Size Does Not Fit All’
The critical difference between session-based and virtual desktop architectures is how the OS is used with the virtual desktops. With VDI, each virtual desktop requires a complete, independent instance of the host OS (typically Windows 7) and a separate set of applications. This provides oneto- one interaction between the virtualized OS and user.

With session-based virtualization, a single instance of the OS (Windows server or Linux OS) is utilized by multiple users, all of whom essentially have their own personalized accounts within that instance, providing a one-to-many interaction of one OS and multiple users. While the performance and experience for the user is very similar, the administration experience is vastly different and it is worthwhile to understand how the differences between the two architectures affect them.

There are several desktop virtualization alternatives in the market; some virtualization solutions were designed for large enterprises, while others are specifically designed for small to medium-sized businesses (SMBs). Large enterprises, for example often have large IT organizations with a variety of specialized skills, and are prepared to take on more complex solutions, while many SMBs have very small IT departments (often 1 or 2 IT generalists) that must support multiple locations on a tight budget. One size does not fit all, and an SMB customer attempting to fit a solution designed for a large enterprise organization is like
fitting a square peg in a round hole. In my experience, IT Pros and business decision makers in the SMB and enterprise markets have fundamentally different requirements and profiles when deciding which IT solutions to purchase.

In addition, the type of users and use cases are also significantly different for every organization. For example, some users (such as tech support or data entry) will have low computing and user personalization requirements. In this situation where centralized
applications are accessed by end users, session virtualization is an optimal solution because it is low cost, energy efficient and requires less computing power in the datacenter.

At the same time there are some users (such as business analysts, graphic designers, doctors, software developers, etc.) with specialized requirements for high level computing, user personalization and data storage (personal hard-disks). In this case, VDI in conjunction with a multimedia capable thin client is an excellent solution, as VDI can deliver a powerful virtual machine along with storage and software resources to meet these user’s specific needs.

In some situations mobile users (such as sales or remote workers) often do not have a constant connection to the data center, so offline computing is a major requirement. In this situation a mobile device (such as a laptop or tablet) and an application for synchronizing user data between their device and the data center is sufficient.

Conclusion
IT departments are turning to desktop virtualization in record numbers to reduce the cost and resources required today to effectively manage employees’ desktops and laptops. Among  the alternative methods for desktop virtualization, the architecture for session-based  virtualization in most cases drives higher efficiency than the VDI architecture because of its use of a single OS and set of applications for multiple users. That said, using VDI can help save time and money, provide greater defense against catastrophic failure, improve update speeds, and also provide an easy way to customize desktops for certain users or groups of users. You should consider deploying VDI when desktop flexibility is more important than immediate cost savings. IT managers must consider their user requirements and their use cases in order to decide which solution fits best for their environment.

About the Author
Dave Burton has over 20 years of experience in software and technology marketing. He has a proven track record leading successful product marketing strategy and related campaigns. He previously served as vice president of U.S. marketing and marketing operations at AppSense, where he contributed to the company’s $100+ million growth.