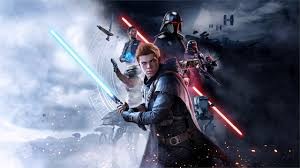 Helping you jump right into the action, set up of the Game Drive is a snap. Simply plug it into your Xbox One console, and it is instantly recognized and installed through a quick and easy-to-follow setup process. With USB 3.0 speeds, games played from the drive will perform as if they were playing directly from the console’s internal hard drive.

Game Drive for Xbox is small enough to slip into a pocket, does not need a separate power cord and can store more than 501 downloaded games plus downloadable add-ons and achievements for continued gameplay on Xbox One, Xbox One S, or Xbox One X consoles2.

The “Star Wars Jedi: Fallen Order” themed special edition Game Drive for Xbox from Seagate is available for pre-sale today and officially in retail later this month for $99.99. As with all of Seagate’s Special Edition Game Drives, it will be available in limited quantities, so be sure to grab one of these collectables before they’re gone!