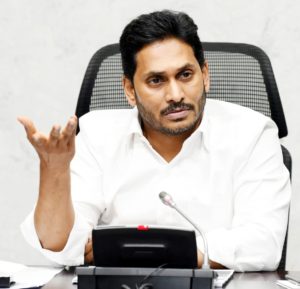 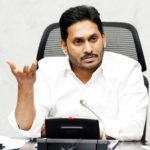 Chief Minister of Andhra Pradesh Jagan Mohan Reddy has informed officials to come with an action plan to develop three concept cities in the State to speed up information technology and IT related industries. It is proposed to develop concept cities in Visakhapatnam, Tirupati and a town near Bengaluru in an area of not less than 2,000 acres each. The concept cities with high-end infrastructure and unique architectural design should contribute to the rapid growth of IT sector in the State. A special master plan to be evolved for each concept city. The officials should concentrate on attracting investments and industries and creating more number of jobs, Jagan Said.

Holding a review meeting on information technology and electronics policy in his camp office at Tadepalli on Friday, the Chief Minister underlined the need for providing internet facility to all villages in the State in the coming three years to develop the IT industry. The set growth targets in the IT sector cannot be achieved without strengthening the internet network in the State, he said.

“There should be an internet library with all modern amenities in every village to enable people to make use of it. Village Secretariats and Rythu Bharosa Kendras in every village should be connected to network. Internet connections should also be given for domestic use,” he said.

Approving a proposal to set up an Integrated Technology Park in Visakhapatnam, the Chief Minister said a high-end skills university, incubation centre, labs, COES, IT, EC department office, State data centre and IT towers should be developed as part of the project.

An Emerging Technologies University will be set up in Visakhapatnam for education and research on IT applications in the fields of robotics, artificial intelligence, cloud computing, blockchain technologies, data analytics science, advanced electronics, education, health, agriculture, water resources, etc,  Jagan said.  The officials informed him that experts from various technological institutions, including IITs, will submit a report on the proposed university soon.

Jagan also directed the officials to prepare the policy, including government support to the IT sector, considering the work from home concept, which gained popularity in the wake of Covid-19  pandemic. He instructed the officials to focus on attracting more industries and creating large scale employment in Kopparthi electronics park.