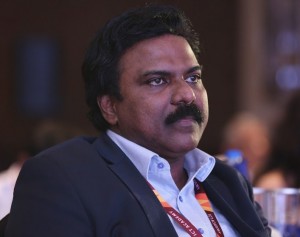 Chennai: Tamil Nadu Government is all prepared to invest in key technologies for governance. Some of the key areas where the government is focusing on include blockchain, big data, artificial intelligence and more. These services will be utilized for all citizen-related initiatives by the government be it birth or death registration or public distribution system.

The first state in the country to adopt blockchain:

Tamil Nadu is the first state to make a blockchain backbone for the citizen services. The platform, named as ‘Nambikkai Inaiyam’ (Trust Link) will also function as a Blockchain As A Service (BAAS) provider to Government departments and Public sector organizations, agencies and companies. This blockchain will be used by qualifying parties to build transparent, efficient and secure citizen-centric and inter-organizational workflows. Similar to Adhaar, the state government is also launching ‘Makkal Number’ (people number) which will bring all the government initiatives as the certificates which will electronically reach the Citizen Vaults, which will be created for each resident of Tamil Nadu.

Santhosh Babu added, “A Special Purpose Vehicle called the Tamil Nadu FibreNet Corporation (TANFINET) has been established to implement a 55 Thousand km optical fibre network under the ‘BharatNet’ and ‘TamilNet’ projects which will ensure at least 1 Gbps connectivity in Tamil Nadu.” According to him, this is like opening the floodgates of Internet connectivity. “Imagine what that kind of high-speed bandwidth can do for education, entrepreneurship, e-Governance, and entertainment at the village level. The Tamil Nadu government-owned TACTV has an ISP license and 26 Thousand Local Cable Operators under it.  “This will be a game-changer for the larger benefit of our citizens enabling them to transact with Government from the comfort of their homes. Santhosh Babu who also is the MD of TANFINET says that TANFINET, the sanction of INR 1815.30 crores to Tamil Nadu will transform the state into an extremely connected and e-state.

Agreeing on the fact that the state is a late adopter in startup-related announcements, Santhosh Babu said that the new start-up initiatives are first-of-its-kind in India where the right ideas will get 90% funding from the state government at the ideation stage. The government has established a Startup Warehouse at Tidel Park in Chennai and is also planning to take it further to the emerging cities also.