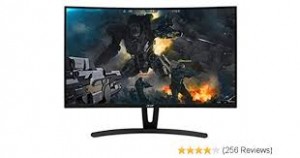 “After four consecutive quarters of annual growth, the monitor market contracted slightly in the fourth quarter,” said Linn Huang, research vice president, Devices & Displays. “Yet, the moderate global decline could be misleading given that seven of the top nine country markets by shipments grew 4.7% in aggregate, while the largest country market (China) and the fifth largest (India) declined 10.3% in aggregate. India is expected to recover sooner given that inventory has been a major drag there. In China, continued poor macroeconomic trends are projected to keep the monitor market soft there.”

IDC currently forecasts 118 million PC monitor units will be shipped for the full year 2019, resulting in a year-over-year decline of 2.7% in worldwide shipments to 30.5 million units in the fourth quarter of 2019. By 2020, worldwide shipments are expected to be roughly 114 million units as the adoption of mobile devices at lower price points is expected to continue.