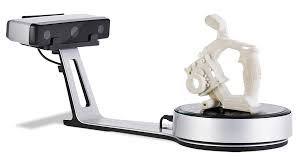 A new forecast from International Data Corporation (IDC) projects worldwide shipments of three-dimensional (3D) scanners will be more than 635 million units in 2023 with a compound annual growth rate (CAGR) of 21.2% over the 2019-2023 forecast period. The total value of these shipments will be nearly $3.0 billion in 2023 with a five-year CAGR of 15.8%.

One of the most important factors contributing to this growth is the continued migration of professional-level features into more affordable scanners. This has enabled entry-level products to become more suitable for some professional uses and brought scanners in the middle price tier ($5,000-$50,000) closer to industrial-level capability. Greater affordability has helped 3D scanners to grow in popularity for traditional use cases, such as part inspection and surveying, and make inroads to new use cases, such as denture creation and heritage conservation work. Other factors contributing to overall market growth include increased ease of use due to improved software and more efficient processes as well as the utilization of 3D scanners as part of smart manufacturing initiatives.

“As the market has expanded, we continue to see a rapidly growing number of applications of 3D scanning technology. More accuracy, a greater number of features, and more efficient processing and workflows are increasing customer interest and experimentation by users,” said Max Pepper, research analyst, Imaging, Printing, Document Solutions.

IDC defines a 3D scanner as a metrological device that can optically identify, analyze, collect, and display geometric shapes or three-dimensional environments within a digital environment using computer-aided modeling. Optical 3D scanners use a variety of technologies, including structured light (both “blue light” and “white light”), laser triangulation, time of flight, phase shift, stereoscopic, infrared laser, and photogrammetry. IDC’s definition does not include contact scanners.

The 3D scanner market can be segmented into two sub-markets for handheld and stationary configurations. Handheld 3D scanning devices have a handle and are meant to be physically moved around an object to scan while being held. Stationary 3D scanners are those devices that do not fit the definition of a “handheld” device and includes shoulder- and cart-mounted devices as well as scanners attached to robotic arms.

Stationary scanners accounted for nearly two thirds of all 3D scanner shipments in 2019 and will experience strong growth (26.5% CAGR) throughout the forecast. By 2023, IDC expects stationary scanners will represent three quarters of total market shipments. Higher-priced stationary 3D scanners will also hold a significant share (more than 85%) of overall market value throughout the forecast. Handheld growth will be tempered toward the end of the forecast period as more smartphone models become available with built-in 3D scanners, which will impact growth in the <$5000 segment.