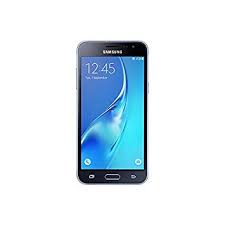 India remained one of the bright spots in an otherwise declining global smartphone market in 2018. Smartphone shipments in the country were up by more than 12 million at 137 million, the best growth of any market in absolute volume terms. India now accounts more than 10% of the world&rsquo;s smartphone market, up from 6% five years ago. It is one of six markets in the top 20 that posted positive full-year growth, with its performance outshone by Indonesia (17.1%), Russia (14.1%) and Italy (10.0%). Of these four markets, India is the only one that has seen consecutive growth for the past three years.

In terms of vendors, Xiaomi took pole position for the first time in 2018, shipping 41.0 million units to take 30% of the total Indian smartphone market. Despite being knocked off first place, Samsung still grew shipments by 20% and took a 26% share of the market. Vivo, Oppo and Micromax held third, fourth and fifth place respectively. 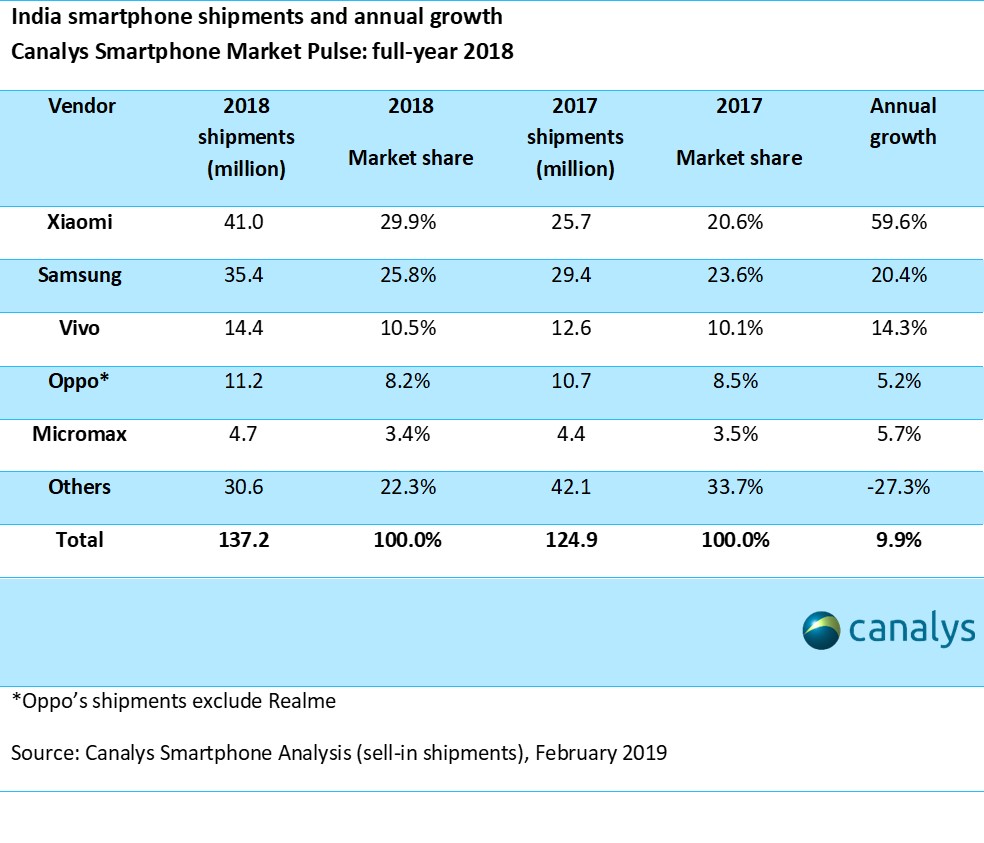 2018 was a defining year for smartphones in India,&rdquo; said Canalys Research Manager Rushabh Doshi. &ldquo;The impact of a declining Chinese market on vendors such as Oppo, Vivo and Xiaomi was pronounced, with Oppo and Vivo reducing both their above- and below-the-line marketing efforts significantly to counter falls in their Chinese businesses. Xiaomi, on the other hand, focused heavily on India, with excellent results. India is now the biggest market for Xiaomi worldwide. The Chinese vendors have done well to ride the spread of 4G and the boom in local apps and services. 2018 was undoubtedly the year app-based economies flourished.&rdquo; In Q4 2018, Xiaomi shipped 9.4 million smartphones to China, and 10.0 million to India.

2019 will be more disruptive than 2018,&rdquo; said Doshi. Since 1 February, the Indian government has restricted online marketplaces, such as Amazon and Flipkart, from selling devices exclusively on their platforms. It has also banned online marketplaces from having equity stakes in seller accounts. &ldquo;The FDI policies are going to slow market development spending by these platforms, thereby denting overall online smartphone sales. There will be a see-saw shift toward offline channels this year, and many vendors will start engaging with distributors or offline retailers in a bid to protect their growth ambitions. While operations at Amazon and Flipkart are likely to stabilize within six months, uncertainty over future regulation will weigh heavily against these platforms.

On the bright side, the raising of the income tax ceiling from INR2.5 lakh to INR5.0 lakh will imply a higher net pay, and a slightly higher disposable income. This is definitely good news for vendors looking to raise prices without sacrificing their addressable markets, added Doshi.

In Q4 2018, India bounced back from a quarter of slight decline, with shipments growing by 14% to 34.1 million units. While Xiaomi, Samsung, Vivo and Oppo remained the top four vendors, Huawei (including Honor) made a surprise appearance in fifth place, growing its shipments by more than four times since Q4 2017. 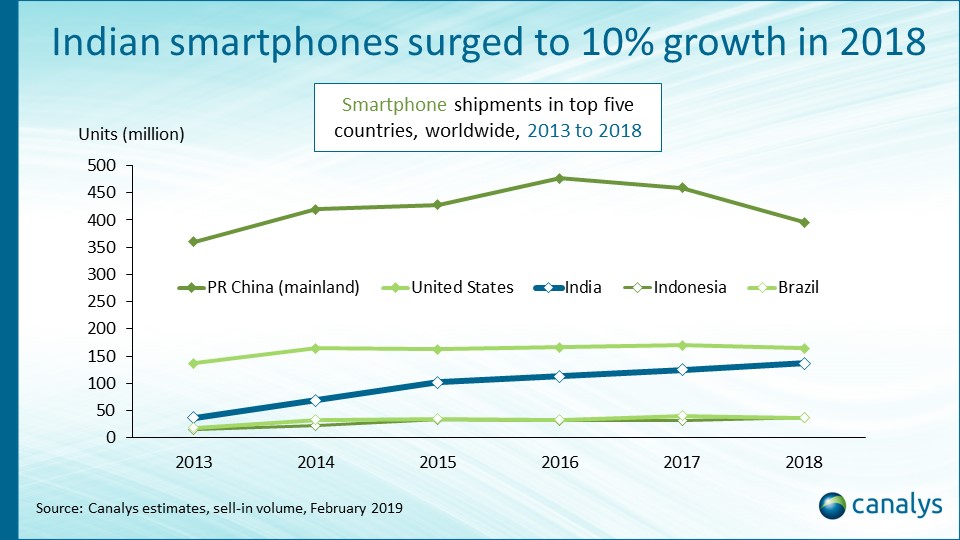