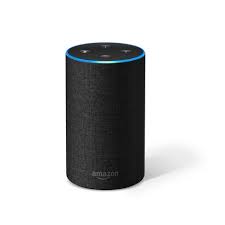 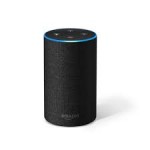 Amazon emerged as the top-shipping vendor, but only by one percentage point. It shipped 24.2 million of its Echo devices, while Google shipped 23.4 million of its Home speakers. Chinese vendors Alibaba, Xiaomi and Baidu, which only ship in China, rounded out the top five.

Amazon well-timed Echo lineup refresh, focusing on improved sound and aesthetics, proved popular during the holiday season, and helped Amazon grow 31% in Q4. With the updated Echo range already in place for 2019, Amazon is expected to switch gears to extend Alexa reach into areas such as automobiles via developers and ecosystem device vendors, said Canalys Senior Analyst Jason Low. Third parties that support Alexa are eagerly pursuing money-making and growth opportunities. If Amazon fails to support these companies, it could lead to waning commitment, which will be detrimental to the platform. 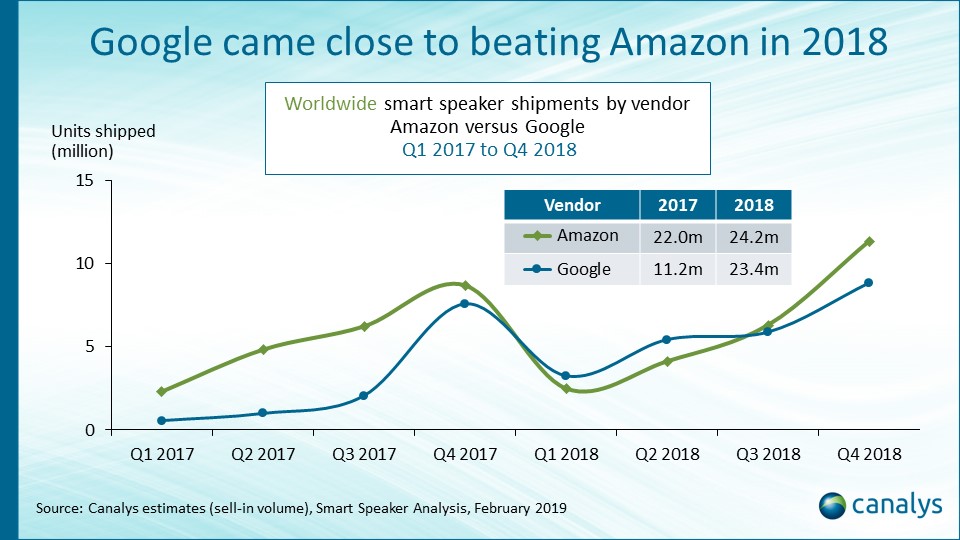 In Q4 2018, the Home Hub smart display became a highlight for Google. &ldquo;Undercutting other smart displays at US$149, the Google Home Hub has a short-term advantage,&rdquo; said Low. &ldquo;Google quickly became the second largest smart display vendor in 2018 with just one quarter&rsquo;s shipments reaching 2.2 million units.&rdquo; Canalys estimates that, overall, smart display shipments reached 6.4 million units in 2018, accounting for 8.3% of the total smart speaker market. &ldquo;The smart display category is relatively new. While its success is still far from proven, Chinese vendors will jump on the trend. But the category needs clear and strong use-cases beyond low prices to drive demand. 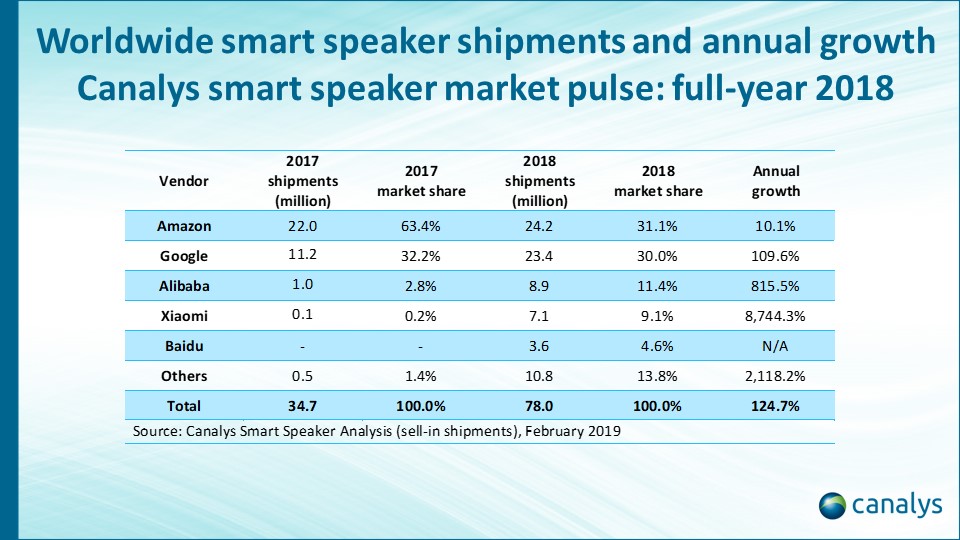 Canalys estimates that around 80% of the global smart speaker market is dominated by Internet service providers and software companies. “Leading smart device vendors, such as Samsung, Huawei and Apple, have failed to capitalize on the growth of smart assistants for home use. They will risk further loss of control, not only over the smart home segment, but in other areas, such as in-car and at-work scenarios, where smart assistant use and voice enablement are expected to increase in penetration and adoption rates. Hardware vendors must quickly pick the right user scenarios and form smart assistant strategies aimed at creating new use-cases for the intended scenarios. First-mover advantage is vital in the world of smart assistants, and the first to establish a user base in an important area will secure long-term success,” Said Low.