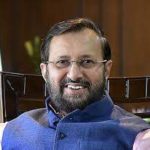 Addressing the delegates at the 16th Marketing Conclave organized by the Internet and Mobile Association of India (IAMAI), Chief Guest Shri Prakash Javadekar, Minister of Information & Broadcasting, Environment, Forest and Climate Change and Heavy Industries & Public Enterprises, Government of India said that fake news is a deadly virus, and the way forward to tackle the menace is self-regulation by the digital platforms.

Terming fake news as more dangerous than paid news, the minister said that the government has taken serious note of the menace of fake news and as a first step to counter disinformation, “started PIB fact check units in all states and two to three fake news are identified every day.”

He stressed on the need to counter fake news and said: “how to spot fake news is a new lesson we need to educate the masses on”, he said.

Seeking greater accountability from social media platforms, he said misinformation weakens the functioning of a democracy and there should be a calibrated approach to thwart the spread of lies and disinformation. With all villages in India set to be connected, thanks to Bharatnet, there is a greater need to educate the masses about the detection of fake news.

The two-day virtual conference, the theme of which is ‘Towards the tipping point’ is focused on rejuvenating consumer demand, creating new demand in semi-urban and rural areas among the 500 million-plus internet users; creating new opportunities for Indian owned brands by leveraging digital technologies and bring back the Indian digital media business to its post-global pandemic levels by expanding its outreach.

With more than 55 sessions, 110 speakers and 2,000 plus delegates, the conclave is one of the largest marketing conferences this year.