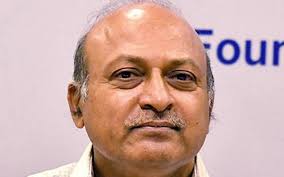 In view of environmental concerns and for ensuring sustainable development the promotion of renewable energy generation as an alternative to thermal power generation is imperative. However, owing to the intermittent nature of the renewable power that would not be entirely possible unless a feasible storage solution emerges.

“The reverse pumping project proposed to be set up by Greenko group in the State of Andhra Pradesh, would reduce the intermittency associated with renewable energy generation and the success of this project would promote renewable energy generation in a big way. The group proposes to set up a 550 MW wind power generation project, 1,000 MW of solar power generation project and 1,680 MW of reverse pumping project”, said, Ajeya Kallam,, Principal Advisor to Chief Minister.

Owing to the efforts of the present Government, the compensation to the State exchequer owing to the implementation of the project has increased significantly. The details are provided herewith:

The land was proposed to be alienated by the previous TDP Government at a compensation of Rs. 2.5 lakhs per acre.

In accordance with the negotiations undertaken by the present Government this rate is enhanced to 5 lakhs per acre.

The land proposed to be alienated is 4766.28 and because of doubling of land rate by the present Government, an additional benefit of Rs. 119.16 crores would accrue to the State exchequer.

This is only one part of the benefit to the State Government.

The State has also proposed to levy a Green Energy development charge on the project in the following manner.

This in itself would provide a benefit of Rs. 32.30 crores per annum

The pumped storage project is in the nature of a hydroelectric project and would have a very long life of operation. Globally there are projects that have surpassed even 1000 years.

Considering the operating lives of the solar, wind and pumped storage projects, the absolute gain to the State exchequer as a consequence of the levy of Green energy development charge would be close to Rs. 3,375 crores.

The previous TDP Government proposed to recover a one time amount Rs. 119.16 crores.

The preset Government has increased this by 100% owing to the doubling of the land rate and owing to the levy of Green energy development cess, the present Government has ensured a recurring annual benefit of 27% on the total one-time amount that the TDP Government proposed to recovery from the project.

To give a background of Greenko group. The group is majorly owned by two of the largest SWE (Soverign Wealth Funds) in the world, GIC (Government of Singapore Investment Corporation) and ADIA (Abu Dhabi Investment Authority). The AUM (Assets under management) of GIC is close to $ 400 billion (Rs. 28,00,000 crores) and that of ADIA is close to $ 700 billion (Rs. 49,00,000 crores). Further the group is one of the largest companies in the Country’s renewable energy sector.