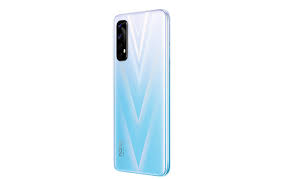 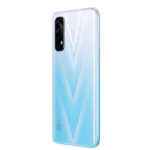 realme has launched its performance driven smartphone series, the narzo 20 series, for young players and thrill-seeking consumers across India.

Commenting on the launch of narzo 20 series, Madhav Sheth, Vice President, realme and Chief Executive Officer, realme India and Europe said, “The narzo 10 series embodied our gene of ‘Power meets Style’ and received overwhelming response and appreciation. We reached a milestone of 1 million narzo users within a short period of time. The launch of a new generation of narzo series, amplifies our ‘Dare to Leap’ vision of bringing best in class combination of power, performance and fun for young players. Covering diverse price points, the narzo 20 series will cement realme’s positioning as a youthful brand, deepening our reach among millions of aspiring smartphone buyers. To give a distinct identity and flavour to the narzo series, we have imbued the brand logo with a powerful, victorious design to create a strong resonance among users who seek a powerful and superior ownership experience.”

The narzo 20 Pro provides seamless performance with 65W SuperDart Charge for an unparalleled charging experience that charges 100% of the massive 4500mAh battery in just 38 mins, making it the most powerful 65W charging smartphone in its segment. Even with heavy gaming activity, the battery can be charged up to 47% in just 30 minutes. The narzo 20 Pro has the latest MediaTek Helio G95 SoC with 300,000+ AnTuTu benchmark and is exclusively designed to be at the core of an incredible smartphone gaming experience. It is equipped with a cutting-edge carbon fiber cooling system that can cool up to 8.6%, keeping the phone’s performance aligned. The 6.5-inch 90Hz Ultra Smooth Display with a superb 90.5% screen-to-body ratio provides a seamless visual experience. The narzo 20 Pro also features the latest ultra-clear quad camera set-up, comprising a 48MP main camera, an 8MP 119° ultra-wide-angle, a macro lens and a B&W portrait lens. Available in the mystical colours of White Knight and Black Ninja, the narzo 20 Pro is available in two variants – 6GB+64GB priced at INR 14,999 and 8GB+128GB priced at INR 16,999

narzo 20 offers a true surge of power with 6000mAh mega battery, MediaTek Helio G85 gaming processor and the flagship 48MP AI Triple camera. The massive 6000mAh battery enables users to enjoy non-stop usage, according to tests of realme Lab, narzo 20 could last for 45 days in standby mode. With special OTG reverse charge, narzo 20 can also become your battery life saver. narzo 20 equips with 18W fast charge, it takes 30 mins to charge to 29%. The powerful Helio G85 processor, with 200,000+ in AnTuTu benchmark, makes narzo 20 the perfect gaming companion in its segment. The narzo 20 has been upgraded with an AI Triple camera that features a 48MP primary camera, an 8MP ultra-wide-angle lens and ultra-macro lens enabling users to get closer and discover the beauty of the micro world with the 4cm shooting distance. narzo 20 is available in Victory Blue and Glory Silver, priced INR 10,499 for the 4GB+64GB variant and INR 11,499 for the 4GB+128GB variant.

narzo 20A is positioned to be the entry-level Gaming King and offers the most dynamic performance in its segment with Qualcomm Snapdragon 665 processor, 5000mAh mega battery and 6.5-inch immersive mini-drop full-screen display. Powered by the 11nm Octa-Core Snapdragon 665 AIE processor which can clock speeds up to 2.0GHz, narzo 20A is built to give a fast and smooth smartphone experience. The 5000mAh high-capacity battery allows long-lasting performance as users can enjoy up to 36.9 hours of continuous talk time, 97.6 hours of music listening and 9 hours of gaming. The large 6.5 inch HD+ display with a high screen-to-body ratio of 89.8% provides clear and immersive experience for reading, watching movies, or playing video games. Available in Victory Blue and Glory Silver, the narzo 20A comes in two variants – 3GB+32GB priced at INR 8,499 and 4GB+64GB priced at INR 9,499.

realme also unveiled its realme UI 2.0, based on Android 11, one of the most customizable and seamless OS in the market, created for a highly personalized UI experience for the Gen Z user.

Bolstered by the Deepsea Privacy Plan and Security Shield, the realme UI 2.0 assures that the user’s data and information are safe and secure.

Lastly, it offers utmost productivity due to a 45% improvement in system resource utilization, which results in a 32% increase in system speed and a 17% increase in frame rate stability than the last UI generation. 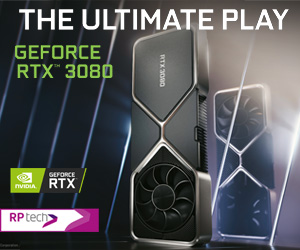