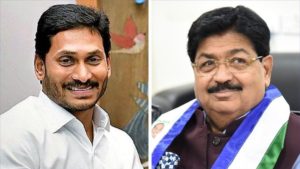 On getting elected, Shri Nathwani said, “I thank our dynamic and very popular leader Shri YS Jagan Mohan Reddy, Chief Minister of Andhra Pradesh, and YSR Congress Party, for giving me the opportunity to serve the people of this state. It is one year since he became CM of AP and he has fulfilled nearly 90% of the promises made by him and he will do a lot more for the over-all development of the state in the remaining 4 years of his term. Our CM has focused on the ‘Navaratnalu’ or the 9 welfare schemes that he had promised to implement, and a lot has been achieved in each of these schemes.”

Shri Nathwani further added, “I am fully committed to serving the people of Andhra Pradesh and will work along with CM and his team for the development of the state. I will bring to the table my extensive experience gained during my 12 years as RS MP of Jharkhand and several decades of experience at Reliance Industries Ltd.”

In the past three months the Corona Virus pandemic has created havoc across India and the world. But, our CM and his entire team have worked very hard and taken important proactive steps to successfully contain the spread of Covid19 in Andhra Pradesh. Unique & effective use of technology, providing cash & food relief to the poor, delivering pensions door-to-door, converting state transport buses into mobile vegetable bazaars and distribution of free masks, are just some of the numerous initiatives that CM and his team have taken to fight against the Covid19 crisis. The few months lockdown while containing the spread of the virus has hit the economic well-being of all sections of the society. Here too our CM has taken various measures so as to provide support to all those impacted by this lockdown.

Our CM’s efforts to provide English medium education in government run schools is a welcome initiative. Today English has become a global medium of communication and a good grasp of it provides better career opportunities and a better life in future.

Shri Nathwani concluded, “Our CM faced lots of difficulties and challenges after the death of his father Shri YS Rajasekhara Reddy. But he has overcome all odds. He has shown huge potential to lead the people. He is capable to provide leadership to not only the people of Andhra Pradesh but also to the nation, particularly South India. With no other young generation leader comparable and competitive enough in sight, Shri Jagan Mohan Reddy is surely to be a great force in politics of Andhra Pradesh and South India for a long time to come.It is a great privilege for me to work with him and his party to serve the people of Andhra Pradesh under his leadership.”