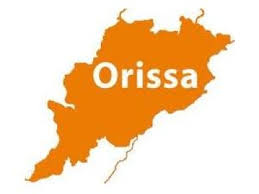 Sources said, the unregister cases could be much higher. The criminals took advantage of this fact and illicitly transferred money to their accounts from people who had joined the digital bandwagon but did not have sufficient understanding of the same.

Criminal Investigation Department (CID), the Crime Branch and the Cybercrime Prevention Against Women and Children (CCPWC) of Odisha have come under one roof the Cybercrime Complex – which was inaugurated yesterday. The Director General of Police Abhay inaugurated the state’s first such complex, from where a laboratory-cum- training centre and a social media analysis cell to be set up later will also function.

Most of the fraud cases were related to transactions made through net banking, debit cards, credit cards and UPI during lockdown imposed due to COVID-19 pandemic. As shops and business establishments remained closed due to the lockdown, the number of online transactions went up during the period.as per the police source.

He further said, the training will be provided by the National Digital Crime Research and Training Centre of the National Police Academy. The complex has all modern equipment to tackle cybercrime offences

Following the rise in online frauds, Odisha Police has focused on ‘golden hour’ of the crime in the investigation. The personnel were asked to effectively use the time between the occurrence of the crime and response after registration of the case, which it called the ‘golden hour’.

The police plan to provide online course offered by the National Crime Records Bureau (NCRB). The NCRB has 18 courses in six fields. Besides, the state police department has taken the help of the National Police Academy (NPA) in Hyderabad to train its personnel on the online frauds and their investigation.