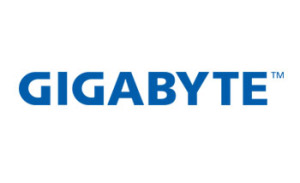 To match the fast-growing popularity of PC gaming in India and the resultant rising demand for top-notch hardware, GIGABYTE Technology (India) Pvt. Ltd. has upped the ante in providing motherboards with innovative technologies that ensure the best gaming experience possible.

In addition to providing the best gaming experience, GIGABYTE G1™ Gaming motherboards also ensure that gamers are not inconvenienced with the vagaries of the typical Indian conditions such as power fluctuations and cuts, hot weather and humidity.

With its trendsetting technologies, GIGABYTE motherboards have been amply successful in meeting the needs of modern day Indian gamers, according to Raunak (Crowley) Sen, one of India’s most successful Dotaveterans. “Though I am not a techie, with experience I know that GIGABYTYE motherboards incorporate the highest quality in both hardware and software that allows hardcore gamers like me to get the most juice out of our PCs as far as performance is concerned.”

Adding his views on PC performance, Aravind Ananth of Fragging Monk, a Bengaluru-based gaming rig making specialist, said, “When you are competing hard, even a small loss of FPS (Frames Per Second) or some type of lag would negatively affect the playing potential or the streaming quality. The use of the GIGABYTE Gaming motherboards ensure that none of these problems occur.”

Over the years, each series of GIGABYTE motherboards has given its share of advantages to gamers. For example, GIGABYTE was the first to incorporate high end audio components directly onto the motherboard. This trend is now a standard today within the motherboard industry and GIGABYTE Gaming motherboards still lead the way with its 100 series motherboard, which the Z170X-Gaming G1 came out with the world’s first onboard audio design that includes the Creative® Sound Core3D™ Quad-Core Audio Processor and Burr-Brown High End 127 dB DAC, a solution equivalent to high end add-on card.

In terms of networking, GIGABYTE combines the Dual Gigabit Killer E2400 LAN with the Killer 1535 Wi-Fi card which offers the latest 802.11ac+Bluetooth 4.1. Paired with the Killer DoubleShot-X3™ Pro application, automatic prioritization and redirection of the most important traffic is sent over the fastest connection available. This ensures that your game is never affected by a crowded network due to multitasking.

The Z170X-Gaming G1 motherboard, the flagship of the latest GIGABYTE 100 Series G1™ Gaming motherboard series, incorporates an exclusive AMP-UP™ Audio Technology that features Triple Upgradable OP-AMPs. The highlight of this is an OP-AMP each for the left and right channels on the rear I/O, and another one, for the front audio jack. With this, the gamer can improve audio dynamics and overall sound-quality depending on their audio equipment and preferred configuration.

While fighting it out with their competitors, gamers in India have to also compete with certain non-gaming factors that have always been the bane of PC users in the country. Namely, humidity, heat, and power inconsistencies, among others – all that could affect the gaming performance. Here also, GIGABYTE motherboards bring welcome respite to the gamers. The typical Indian heat can’t get the better of your PC or its performance, but GIGABYTE motherboards uses premium Japanese Solid Capacitors and a unique PCB design which address this issue.While the capacitors provide the crucial dependability to meet the power needs of high-end users playing demanding games, GIGABYTE’s 2X Copper PCB design provides ample power trace paths between components to handle greater than normal power loads. Heat is the enemy of computer components so to keep the heat in check, GIGABYTE engineers have developed the industry’smost innovative design of heat sinks and heat pipes. These innovations help gamers at the basic level in their quest for getting extreme performance from their PCs.

The demand of both serious and casual gamers in India is growing, and they are finding a perfect ally in GIGABYTE’s motherboards with its innovative and trendsetting technologies.

Newer PostAmazon Inks With Central Government For Attracting Sellers
Older PostFDI In B2C Is In A Calibrated Mannner: Nirmala Sitharaman