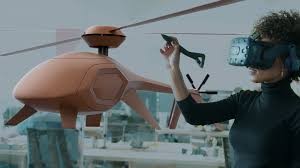 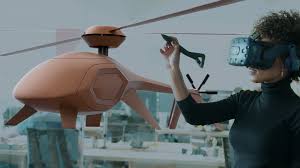 For nearly four decades, Logitech has shown the way with innovations crafted to provide designers, art directors, creatives, engineers and architects the freedom and precision they need to express themselves. Today, the same creative talents – pioneers in companies around the world – need an intuitive tool that will allow them to unleash their creativity, by providing precision and an uninterrupted flow. So, Logitech designed VR Ink Pilot Edition.

Denis O’Keeffe, director of virtual reality programs at Logitech, said: “Today’s creative pioneers need new tools they already love, but adapted to a world of true 3D. Logitech VR Ink Pilot Edition is a first step in unleashing creativity in this 3D space, set to stimulate the VR ecosystem. It’s a stylus that works with precision in VR on 2D surfaces or in the air. We’re sharing it ahead of availability with enterprise pioneers and partners in the 3D world – such as HTC VIVE, Sector 5 Digital and Vector Suite – in order to perfect the experience and shape with them, and others, the future of creativity.”

“The right VR solution has the ability to change the design world as we know it,” said Jeff Meisner, chief executive officer of award-winning studio Sector 5 Digital. “We are leveraging the immersive properties of VR on HTC’s VIVE VR system to conceptualize, design, review and revise new urban mobility vehicles with clients like Bell. We have already cut the production cycle of a full-scale mockup aircraft down from several years to less than six months. The moment we started designing with Logitech VR Ink inside the Vector Suite application, we realized this tool not only speeds up our designers’ work in VR, but revolutionizes the way we design.”

Logitech is partnering with the virtual reality community to craft the tools that will enable creativity in true 3D: creative pioneers, app developers, platforms, channel and industry partners. Logitech encourages people in companies pushing boundaries in the VR space to get in touch and share their work, app developers to integrate their applications with VR Ink Pilot Edition, and industry partners to collaborate on use cases that could transform their business.

Logitech will have a limited number of VR Ink Pilot Edition styluses for sale and for use-case exploration with select partners. The opportunity to pre-order them will be communicated in the months to come, with first-generation product availability expected later this year. More information can be found here on Logitech’s website.

A broad range of benefits

Logitech VR Ink Pilot Edition works with headsets using Steam VR tracking and brings creative pioneers a number of key benefits without leaving the virtual world or changing traditional workflows. Thanks to the familiar stylus shape, you can jump straight in and get to work on a two-dimensional, physical surface. You can also continue your creative flow into the 3D space, uninterrupted. The stylus’ form additionally ensures you benefit from high levels of precision right at your fingertips, enabled by the pressure-sensitive tip, main button and grab, so you can sketch and move objects at will. A mini touchpad allows content to be manipulated and teleportation around the space.

Additionally, Logitech VR Ink Pilot Edition is transformative for people who review, mark up and the edit creative process; and for engineers visualizing the interior spaces of designs. This can be done in real-time, virtually, at locations around the world and at scale, cutting down and simplifying organizational workflows, with the potential to save significant time and money. .