Laxmi Remote (India) Private Limited (LRIPL), one of the largest remote control manufacturers in India, celebrated its 25th year of operations today. Started manufacturing in 1995 with humble origins, LRIPL has emerged as a leading OEM, ODM and EMS company, establishing itself amongst the major Indian electronics manufacturers.

The company enjoys about one-fourth of the Indian market share in the overall remote control manufacturing space, catering to 25% of demand in the industry. With its rapid progress, LRIPL aims to become an INR 500 crore company in the next five years while generating employment opportunities for 1000 more people. 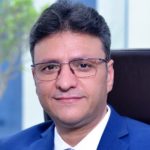 On the occasion of the Sliver Jubilee celebrations, Vijay Kumar Sachdeva, MD & CEO, Laxmi Remote (India) Private Limited says, ”For the past 25 years, it has been a tremendous journey for LRIPL. Our entire existence resonates with the vision of Make in India and Atmanirbhar Bharat missions led by our Hon’ble PM.  We have achieved the 25-year anniversary milestone with relentless support of our employees, customers, dealers and all the stakeholders who have believed in us through the thick and thin of times. Today, Laxmi Remote India’s core strength lies in offering consumers the best-in-class quality products with the best-in-class services whether its remote control, set-up box or mobile chargers.”

Known for achieving consistent superior operational excellence in the past two decades, the company plans to upgrade its system with the next-gen technologies, while expanding its business overseas by foraying into the export segment in the near future. Amongst the International markets that are high up on LRIPL’s list are USA, Europe, Middle East, Africa, and Argentina along with the neighbouring countries like Bangladesh, Sri Lanka, Indonesia, etc.

Sharing about its expansion plans, Sachdeva further added, “We are planning to strengthen our facilities and targeting 20% production growth in the near future. We have spent past 25 years building a challenging reputation for technical innovation, manufacturing excellence and quality. Looking ahead, our future product line will be an outcome of focussed investment on innovation and technology which will ensure that go past our competitors and deliver our customers world class technology at a competitive price.”

With the vision to maximize India’s electronics manufacturing potential, LRIPL aims to lead OEM remote control business. The expansion of product portfolio and the adoption of leading innovation and technologies are amongst the other main focus areas for the company. Supported by its state-of-the-art R&D centre in Hyderabad with sound experience and a leading name in STB manufacturing, the company has announced plans to expand its product portfolio by foraying into internet-based category products for the Broadcast & Cable industry such as IPTV, Hybrid Box, Android box & other products in the same categories. LRIPL is also working on technologies like RF, touch screen, voice control along with Bluetooth technology in the category of remote controls.

In its 25 years, LRIPL has witnessed an exponential growth, with manufacturing facilities spreading across over 5 Acres with best in class equipment and services. Witnessing an incredible journey and sustained success, LRIPL has evolved from a just a single office to two fully operational manufacturing units located in Noida, Uttar Pradesh. With a clientele of over 60 companies, LRIPL has partnered with big enterprises such as Daikin, Blue Star, Voltas, Havells, Orient Electric, Bajaj, Luminous, Livpure, Whirlpool, Lloyd, Amber, Usha, Halonix, Carrier Midea, Ricoh , SUN TV amongst others. The strong customer engagements and services have been a testimony to LRIPL’s 25 years of manufacturing excellence.

India is the biggest market for LRIPL, and in line with the Government of India’s ‘Make in India’ initiative, LRIPL has decided to strengthen its foothold further by bolstering its local production and manufacturing of remote controls to more than three million per month. Right from development of moulds to building sophisticated cabinets, design & development of PCBs to assembly and to manufacturing the final products, after an appropriate stringent quality process, LRIPL controls the entire production process.