Twitter CEO Dick Costolo has admitted that the Islamic State (IS) terrorist group threatened to kill his employees after their Twitter accounts were deleted. 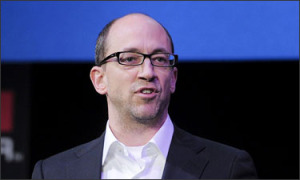 Speaking at the Vanity Fair New Establishment Summit in San Francisco this week, Costolo said that after Twitter started deleting accounts of IS members, he and his employees received assassination calls.

“After suspending their (IS) accounts, some folks affiliated with the organisation used Twitter to declare that the employees of Twitter and the management of Twitter should be assassinated,” Costolo said.

“That is a jarring thing for anyone to have to deal with and I have spent a lot of time talking to the company about it,” Costolo was quoted as saying in a report on the CNET website.

The IS has been “using Twitter quite effectively” to communicate and spread its message.

Twitter has responded by removing the group’s accounts, citing such accounts as violations of the company’s terms of service.

The IS has been occupying areas of Syria and Iraq and is considered a major threat by the US and other countries, which have been battling its forces.