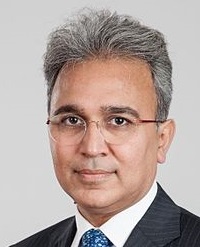 At the time of forming a new government in 2014, India’s Hon’ble Prime Minister and Finance Minister shared a vision for India’s economic growth, good governance and reforms for crucial sectors, including the manufacturing sector. In February 2019, Mr Jaitley shall be presenting the ﬁnal set of economic policy proposals of the current government, ahead of the Lok Sabha elections. While doing so, he would undoubtedly be reassessing the reform measures undertaken in the past years and those that need renewed focus, for India to achieve its growth potential.

As compared to the rest of the world, India continues to witness steady growth and is the fastest-growing major economy. That said, this might fall short of the earlier expectations of 7.5 per cent or upwards and end somewhat closer to 7.0 per cent. This is largely due to the impact of crude oil prices and challenges in the ﬁnancial services sector. The government is determined to adhere to the ﬁscal deﬁcit target of 3.3 per cent of the GDP, but it will depend upon the movement in the crude oil prices. Growth in indirect tax collection during April-October FY19 was merely 1.2 per cent compared to the budgeted growth of 2.2 per cent. Also, disinvestment proceeds up to 8 November 2018 stood at about Rs. 15,000 crore which is only 19 per cent of the annual budgeted target of Rs 80,000 crore for 2018-19. Expenditure cuts may be diﬃcult, given the proximity of elections. Therefore, to avoid any slippage in the ﬁscal deﬁcit target, the government may focus more on augmenting non-tax revenues and continue its eﬀorts to shore up the direct tax revenues.

Recognition of India, as one of the top achievers for the year 2018 in terms of ease of doing business by the World Bank has been a warm addition to the reform credentials.  India climbed another 23 points in the World Bank’s ease of doing business index to 77th place (as against 100th place in 2017), becoming the top ranked country in South Asia for the ﬁrst time and third among the BRICS.

Implementation of GST has perhaps been the most signiﬁcant accomplishment of the government – a sterling example of cooperative federalism that has given shape to the vision of One Nation, One Tax. There have been some bumps in this journey, however, the fact that the GST Council held 30 meetings in 2 years and took 918 decisions, (96 per cent already implemented) is reﬂective of the seriousness of the government to ease any transition pains.

There are important areas that still need attention.  For instance, there is considerable confusion about the scope of the term ‘intermediary’ under the GST law. Requisite clariﬁcation is required to provide that the services provided by an Indian company, under speciﬁed business models such as call-centres, BPOs, KPOs and other similar service providers are outside the ambit of ‘intermediary services’. This would ensure that the place of supply of the aforesaid services is determined on the basis of the location of the recipient. Certainty in taxation is crucial for this sector that has played a signiﬁcant role in the country’s economic growth, by bringing precious foreign exchange and investments, and more importantly, generating employment.

Many other issues concerning the determination of place of supply, input tax credits and refunds continue to be work in progress and will hopefully be ironed out soon.

On the direct taxes front, India’s next reform measures will need to take into account the global tax developments that have impacted both businesses as well as tax authorities. Perhaps the most notable global tax trend is the acceleration of corporate income tax cuts. The year 2018 saw larger economies like the US and traditionally high-tax economies lowering their corporate income tax (CIT) rates. In 2018, eight OECD countries reduced their statutory CIT rates, with an average decrease of 4.8 per cent points. These countries include Argentina, Belgium, France, Japan, Luxembourg, Norway, Sweden and the United States.  Some countries have been pre-emptive in announcing rate cuts e.g., United Kingdom proposes to reduce the CIT to 17 per cent by 2020.

In India, the reduction in tax rates for new manufacturing companies and those with turnover up to INR 250 crores has been a welcome measure. However, the larger businesses continue to suﬀer a high tax burden of more than 48 percent, if the combined burden of corporate tax and dividend distribution tax (DDT) is considered. India needs to signiﬁcantly increase the rate of investments in the economy and given the global trends, would soon need to consider reduction of corporate tax rate across the board. Other associated measures such as replacing the DDT by a classical dividend tax regime and substituting MAT (Minimum Alternate Tax) with a far simpler AMT (Alternative Minimum Tax) regime may also need to be examined for a more rational tax burden on India Inc.

Taxpayers also look for certainty regarding India’s response to the global tax developments as these changes are creating a ripple impact on businesses, across jurisdictions. For instance, in response to the US tax reform, many countries would be reviewing their own tax laws and introduce new rates or policies. The new US tax law has also given rise to considerable uncertainty. The statute needs a lot of interpretation, but the regulations to give eﬀect to the law have been slow.

Similarly, as more jurisdictions sign the multilateral instrument (MLI), it is expected that the treaty-related BEPS changes will be included in a great number of bilateral treaties as of 1 January 2019. Countries are also trying to ensure that the digitalized businesses pay their fair share of tax. Many countries, including India, are already assessing their options for unilateral digital action. India was the ﬁrst to introduce an equalisation levy of 6 per cent on certain digital transactions. More recently, UK announced a new 2 per cent tax with eﬀect from April 2020 on the revenues of certain digital businesses which derive value from their UK users.

In this context, matters such as characterisation of income while taxing digital transactions, implementation of provisions relating to ‘Signiﬁcant Economic Presence’ and issues such as attribution of proﬁts to PEs are emerging as signiﬁcant areas where taxpayers look for clarity on India’s approach.

The changing shape of tax enforcement is another signiﬁcant outcome of the global tax changes. Tax administration has now become more stringent, backed by technology and digitisation. The year 2018 was the ﬁrst time that CbC reports were automatically exchanged between governments. These will be analyzed by tax administrations using data analytics routines. It is expected that this will lead to a signiﬁcant rise in the number of questions asked by tax administrations. With that, there will be an increase in the compliance burden for the taxpayers.  It may also see a rise in tax disputes.

The digital infrastructure being set up by the Government and the new reporting requirements have led to immense tax data being generated every year, making it almost compulsory for businesses and tax administration alike to leverage technology. Technology also means that tax authorities are now in a better position to spot potential high-risk areas, thereby enabling them to move quickly to analyze potential high-risk transactions and propose adjustments. Indian tax authorities too should increasingly use technology to plug tax leakages, widen tax base and reduce the interface between the taxpayers and tax authorities. Initiatives, such as making tax assessments digital (e-assessments and e-proceedings) need to be further established.

The Department has been making positive eﬀorts to reduce litigation and improve alternate dispute resolution mechanisms. The success of APAs is an example of what sustained and focused eﬀorts from the Department towards providing greater certainty can achieve. The total number of  APAs entered into by the CBDT has gone up to 244, which includes 220 UAPAs and 24 BAPAs. However, the initial progress in APAs is now slowing down. More efficient capacity building will help strengthen these mechanisms further. Similarly, there are approximately 425 matters pending before AAR benches. Filling up of these vacancies and timely disposal of the cases will help taxpayers immensely.

The current focus on improving the quality of law and providing certainty should continue. To take an example, there are many unresolved issues arising out of Ind-AS application. Just to illustrate one of them; there is no alignment between the deﬁnition of demerger under ITA as opposed to requirements of Ind-AS accounting. There is, therefore, a dilemma for a law-abiding citizen who wants to comply with both the provisions.

The government has implemented many economic reforms. Besides the GST, the passage of the Insolvency and Bankruptcy Code, 2016 and greater liberalization of India’s foreign direct investment (FDI) regime have been positive measures. It’s time to put a renewed focus on measures for boosting investments and improving the share of industrial growth in the GDP.