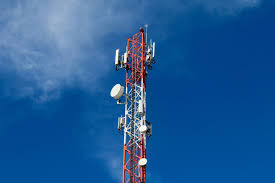 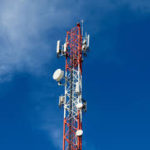 The Department of Telecommunications (DoT), with industry stakeholders including telecom lobby groups, original equipment makers and the Department of Space (DoS), and the Ministry of Information and Broadcasting (MIB) officials will discuss the roadmap for spectrum allocation over a decade.

In a notice, the Wireless Planning & Coordination Wing (WPC), said, “A virtual meeting for discussion on a roadmap for the use of radio frequency spectrum in India during next 10 years is scheduled on January 6, 2021.”

The participants list for the virtual meeting is likely to carry local representatives of the US-based Internet and technology giants such as Google, Facebook, Apple and Intel besides multinational vendors such as Ericsson, Nokia and Samsung.

However, Chinese companies such as Huawei and ZTE were not invited, following the recent controversy over their inclusion in the fifth generation (5G) technology working group. The department has though not formally issued any diktait discouraging their participation in India’s telecom networks as stressed carriers expect that any such move can raise their network deployment cost.

The department’s frequency allocation arm would discuss if the changes are required in the current spectrum allocation plan, and what bands should be considered for the next-generation or 5G commercial rollout and the potential airwave range that can be used over the next 10 years.

Those who are expected to take part include telco groups Delhi-based Cellular Operators Association of India (COAI), London-based GSMA, and Broadband India Forum (BIF) and ITU APT Foundation of India in addition to officials from the Telecom Regulatory Authority of India (Trai), Department of Space and the Ministry of Information and Broadcasting.

The move is likely to allow more quantum of spectrum to launch commercial next generation services since the one recommended in the 3300-3600 MHz band by the regulator is insufficient which 125 MHz out of the department’s domain.

Through these meetings, the telecom department is aiming to find out the requirement in current spectrum allocations along with frequency bands for IMT/5G and other uses.

The third meeting will take place today. The DoT has invited IIT directors, telecom standards body, TEMA and TEPC for this meet.

The telecom department will also deliberate spectrum issues with the home ministry, railways ministry along with civil and shipping ministry on January 11. This will be followed by another meeting on January 12 with the Ministry of Space, Department of Space and Ministry of Information and broadcasting.