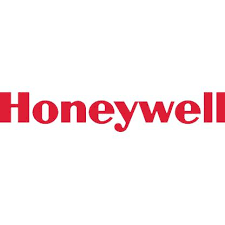 Honeywell filed a complaint with the U.S. International Trade Commission (ITC), asking it to prevent Opticon from importing products that infringe Honeywell’s patents into the United States. Honeywell also filed a patent infringement lawsuit against Opticon in the U.S. District Court for the District of Delaware.

Both actions allege infringement of multiple patents related to Honeywell’s barcode scanning technology. The patents involved in the lawsuit are for Honeywell innovations that make barcode readers easier to use and operate faster and more accurately. Honeywell believes that Opticon engaged in widespread infringement of its patents.

The ITC is an independent, quasi-judicial federal agency with broad investigative responsibilities on matters that affect trade and commerce, including intellectual property infringement. In its complaint, Honeywell has asked the ITC to investigate its claims, determine whether Opticon’s barcode readers and scan engines infringe Honeywell’s patents, and, if so, issue an exclusion order barring their importation into the U.S., as well as issuing cease-and-desist orders prohibiting Opticon from selling its infringing products.

The Honeywell patents involved in the ITC and district court actions filed today are:

Honeywell has and continues to invest millions of dollars in developing new, innovative products and offerings, and the result of that investment is thousands of patents in the United States and around the world. Honeywell helped pioneer the barcode scanning market in the 1970s, and over the years its new innovations have helped retailers, distributors and industrial users achieve significant improvements in efficiency, speed and accuracy in their operations.

This is not the first time that Honeywell has looked to the ITC to protect its scanning-related intellectual property from infringement. In 2017, Honeywell initiated an action against The Code Corporation for infringement of several patents covering improvements in scan engines and barcode readers. Honeywell reached a confidential settlement with Code in 2018.

Honeywell Safety and Productivity Solutions provides products, software and connected solutions that improve productivity, workplace safety and asset performance for our customers across the globe. We deliver on this promise through industry-leading mobile devices, software, cloud technology and automation solutions, the broadest range of personal protective equipment and gas detection technology, and custom-engineered sensors, switches and controls. We also manufacture and sell a broad portfolio of footwear for work, play and outdoor activities, including XtraTuf™ and Muck Boot™ brand footwear.