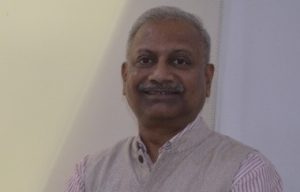 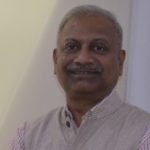 The Internet and Mobile Association of India [IAMAI] has launched a helpdesk for mobile and mobile component manufacturers seeking to relocate their production bases in India.

These policies echo the maxim “Vocal for Local” as espoused by the Honourable Prime Minister for a stronger and more self-reliant Indian economy. Electronics imports account for almost 11% of total imports in India and is valuated at INR 4 Trillion as in October 2019. A vibrant domestic electronics manufacturing sector can not only help India reduce import dependency and become self-reliant, but has the potential of emerging as a major export revenue earner for the country. IAMAI extends its full co-operation to the government in this endeavor and the helpdesk is an effort to compliment the initiative.

It is well recognised that good intention and favorable policies do not always translate directly to higher investments. The government agencies are not well-equipped to hand-hold individual firm,  promote incentives overseas; and manufacturing investments are very difficult to relocate on account of time and effort. Therefore, considerable additional efforts are required to build trust and convince global manufacturing firms to actually take the call to invest in a new location. The IAMAI helpdesk seeks to address these issues via a two-pronged approach.

IAMAI will leverage its international partners for the helpdesk to vigorously promote the enabling policies that the Government of India has announced in overseas markets such as East Asia, Europe, and USA with a view to establish India as a preferred destination of investment in electronics manufacturing. The reach out programme will seek to amplify the policy packages to help create a buzz around India as the preferred destination for investment through Indian and International agencies such Invest India, Indian Embassies, Japan, Korea Trade, etc.

IAMAI also recognizes that some investors perceive India to be a difficult market for investments on account of variations in language, the two-tiered federal structure, compliance, and obligations under federal laws, taxation, and customs clearances. The association understands that global firms will require a deeper level of handholding through various issues in the course of their relocation; from the initiation of the investment decision to the actual settlement at a location of their choice and convenience.

Dr. Subho Ray, president, IAMAI stated “investment in manufacturing is based on one hand in transparency and robustness of policies which the government has provided in case of electronics manufacturing. On the other hand, there is a need for on-ground support and hand-holding leading to trust-building with individual firms, which IAMAI seeks to enable via the helpdesk.”