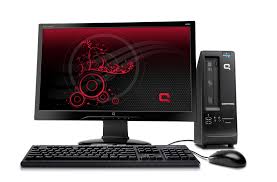 Global shipments during the quarter beat forecast expectations at just under 71.8 million units, the highest single quarter shipment volume in four years (4Q15). Overall, global shipments grew 2.7% year over year in 2019, the first full year of PC growth since the market grew 1.7% in 2011.”This past year was a wild one in the PC world, which resulted in impressive market growth that ultimately ended seven consecutive years of market contraction,” said Ryan Reith, program vice president with IDC’s Worldwide Mobile Device Trackers. “The market will still have its challenges ahead, but this year was a clear sign that PC demand is still there despite the continued insurgence of emerging form factors and the demand for mobile computing.”

The holiday quarter capped an impressive run for PCs in 2019, where three out of four quarters delivered year-over-year growth. The storyline in the commercial sector for most of the year was around the momentum driven by businesses transitioning PCs over to Windows 10 before the end of support for Windows 7 arrives in January 2020. The continued business push specifically helped the top 3 players – Lenovo, HP, and Dell – to further consolidate their hold on the market with a combined share of just over 65% in 2019 (up from 63% in 2018). In addition, the impact of several other market challenges declined in the quarter. Concerns about CPU availability continued but were helped by the adoption of AMD CPUs while signs of easing trade tensions and other industry drivers helped to increase market uptake for the most important quarter of the year.

USA: The traditional PC market continued to see positive momentum in the fourth quarter of 2019, recording single-digit growth compared to the same period a year ago. Desktop and notebook categories both saw an increase in shipments as Windows 7 end of service (EOS) continued to loom large over the commercial segment, while the holiday season and fading concerns about tariffs contributed to a strong end of the year.

Asia/Pacific (excluding Japan) (APeJ): The traditional PC market came in slightly above forecast with shipments expected to be flat year over year. In China, the consumer PC market beat the forecast with notebooks showing year-over-year growth thanks to stronger than anticipated demand during the Singles Day (11.11) promotions. Meanwhile, the commercial PC market was soft, affected by the uncertain economic situation in China. In other APeJ countries, hardware renewals related to Windows 10 migration and end-of-year budget spending combined to support commercial PC shipments.

Europe, Middle East, and Africa (EMEA): The traditional PC market continued its momentum in 4Q19, thanks to positive results from both desktops and notebooks. Despite worsening of the CPU supply chain from Intel, which is expected to impact premium commercial products, the OEMs have been successful in securing components to deliver solid single-digit growth in the region.

Japan: The PC market maintained its Windows 7 EOS-driven momentum in 4Q19. The consumer segment is likely to show stronger growth in 2020 while the commercial segment should meet expectations.

Latin America: PC shipments were better than the year-over-year decline of 3.2% expected in 4Q19, despite weak macroeconomic indicators in the major economies and the political and social movements in the region in 2019. The improved results were mainly in portable devices for the commercial segment as some shipments were taken before the end of the year for education and government deals in the region.

Lenovo retained the top position and made further share gains compared to 2018, finishing the year with a market share of 24.3%. Outside of the APeJ region, Lenovo grew in almost every other region and led all OEMs with 8.2% year-over-year growth in 2019.

Dell Technologies retained the third position in the PC market in 2019 and grew its market share 0.5 points over 2018 reaching 17.5% worldwide. Dell recorded its own record high for shipments during the holiday quarter and led the top OEMs with 10.7% year-over-year growth. The growth was largely thanks to a robust U.S. market mixed with strong commercial activity throughout North America and a few other important markets.

Apple‘s Mac volumes saw a decline in 4Q19 with 4.7 million units shipped, down 5.3% year over year. Apple’s continued momentum in the iPad and iPhone space have more than offset its challenges with Mac volumes, however. Shipment volumes were also down 2.2% for the full year 2019.