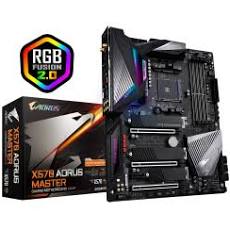 GIGABYTE TECHNOLOGY Co. Ltd, a leading manufacturer of motherboards and graphics cards, today announced that its TRX40 series motherboards fully support the newest AMD Ryzen™ Threadripper™ 3990X CPU. With their advanced power and thermal designs and the release of the newest BIOS update, GIGABYTE TRX40 motherboards extract the best performance from the newest AMD processors so users don’t have to worry about compatibility issues when replacing processors.

AMD recently released its newest 64 core CPU and motherboard vendors have developed new BIOS updates to ensure that the TRX40 motherboards are compatible with this new CPU. Since the start of their development, GIGABYTE TRX40 motherboards were designed to support this enthusiast-grade processor with their 16+3 direct power design and thermal design, solidifying the hardware aspect. Full BIOS testing and verification was also completed before the release of the processor and the BIOS update has been uploaded to the official GIGABYTE website. The exclusive Q-Flash+ design enables users to update their BIOS for the GIGABYTE TRX40 series motherboards by using a USB device, without installing the processor and memory. The BIOS update has undergone professional verification to ensure that users enjoy the best performance, compatibility, and stability.