Bengaluru, Oct 21: GATES concluded the ICT RESELLER CHANNEL SUMMIT (AUTUMN) 2016 in Bengaluru with over 250 top executives from the ICT industry. The 3 – day event brought together leading resellers from over 50 cities that gave the technology vendors from around the world an opportunity to pre-schedule 1-on-1 meetings with senior executives and buyers. 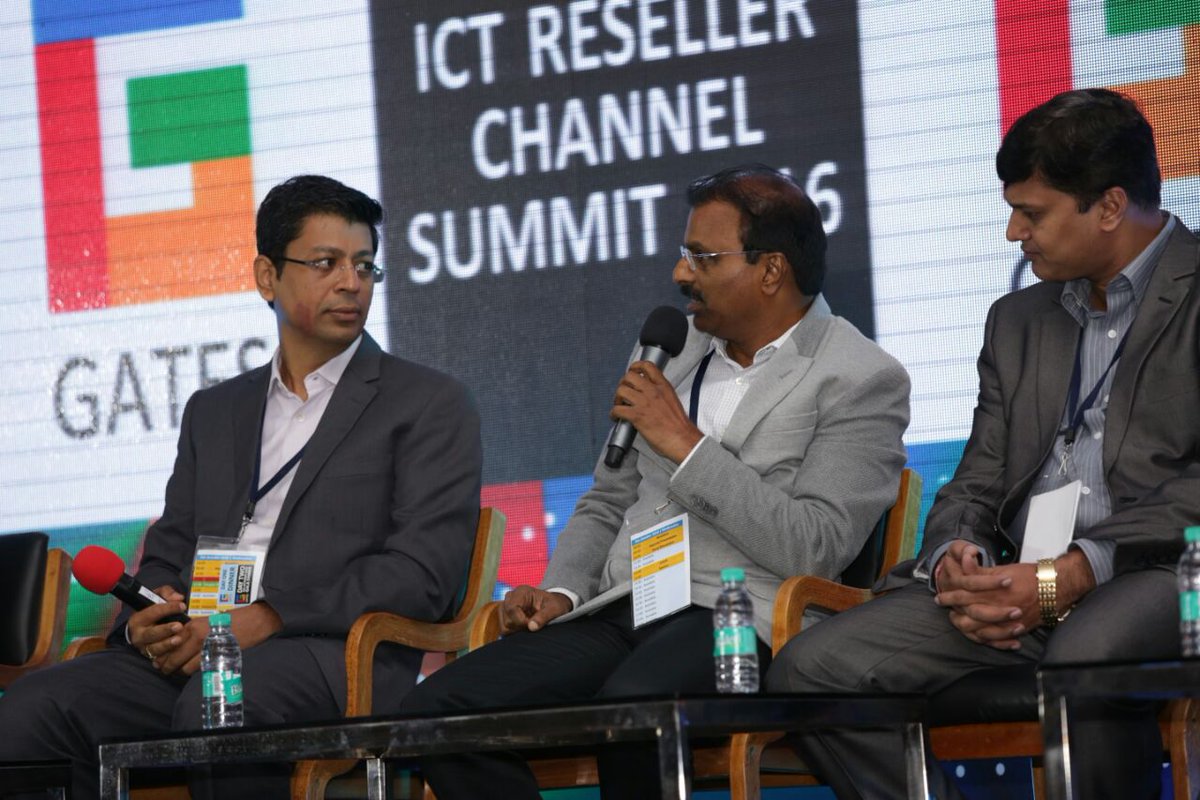 Over 170 companies participated at GATES ICT RESELLER CHANNEL Summit 2016. The delegate list included 160 reseller executives, 60+ vendor executives along with prominent speakers, industry experts and media partners.  The event’s second edition got bigger as national, regional and international ICT and business federations supported the initiative and showed a lot of confidence and commitment for the uniqueness of the format. TAITRA – Taiwan External Trade Development Council, FICCI, FAIITA and FITDAK expressed appreciation for the seriousness and focus of the initiative – something that is vitally necessary for today’s context.

Ashish Kapahi, CEO GATES, said: The Summit got better and bigger as the ICT community widely felt that such uniquely formatted events will further augment the Smart India vision. The event concluded with over 650 + 1 to 1 meetings between vendors and resellers channel partners. Many business arrangements and new agreements were entered into as a result of meetings at GATES ICT SUMMIT 2016.”

Scott Yang, Deputy Executive Director, Strategic Marketing Department, TAITRA (Taiwan External Trade Development Council), Taiwan’s foremost non-profit trade promotion organizationhailed the event as a great success for TAITRA as well as several brands that came in under the Taiwan Excellence brand umbrella to pitch for business and expansion into the world’s most coveted market. Speaking to the ICT diaspora on the eve of the awards ceremony, Scott said “The Taiwan Excellence companies here at GATES represent the tip of the spear. Many top Taiwanese brands find great opportunity in India’s geographically-vast, fast-growing marketplace. Working together to create win-win relationships with local channel partners, Taiwan Excellence companies are well positioned to seize on this potential.”

GATES introduced its Channel Forum, a community driven collaborative platform, which connects the members of the ICT reseller community with knowledge, tools and enablers they need to grow their business. It focusses in bringing all stakeholders onto a common platform giving everyone and equal opportunity to benefit and contribute. Champak Raj Gurjar, President FAIITA, launched the BETA,  at the Gala Dinner & Awards Nite ceremony during the Summit.

Another highlight of the Summit was the SMART PITCH, which gave both new to the market and existing vendors an opportunity to deliver an elevator pitch for their latest product on stage.HiTi won the Best Design & Aesthetic Award, while Dji won the Innovations Award. Shopmatic & Anker won the award for the best WOW presentation.

The extensive conference program, including Smart Workshops and Panel Discussions, led by Ryan Mackey, Consultant and Chief Media Officer, Gates, were welcomed by the channel partners. An elite panel was drawn from among the participants who discussed the challenges faced by the ICT channel in today’s disrupted world and key directions for 2017.

The panel expressed a high sense of optimism in the industry performance, especially in the telecom and e-commerce sectors. The channel stressed the need for a greater level playing platform between the brick & mortar and e-commerce channels. The panel also declared that the ‘online exclusive models’ is not a solution to address the differentiation issue as the product itself carries no distinction. The entire diaspora hailed the Government’s intervention and clear ruling that the e-commerce players shall not abuse the ‘discount’ strategy that shall harm the regular stores.

The panel unanimously agreed that online and offline are now both part of the same fabric and both contribute to the overall economy in a vast country like India. As a part of its support to START UP INDIA initiative, GATES included a new category of a vendor in its ICT industry excellence awards 2016 called the “Hardware Startup Vendor of the Year.” On a live voting carried out by the Indian ICT channels during the ICT Excellence Awards, Kito+ from AZOI Inc. emerged as the GATES – Best Hardware Startup of the year 2016.

Other winners of the prestigious ICT Industry Excellence Awards (Autumn) 2016, which was held during the Gala Dinner hosted for ICT Reseller Channels – who voted live for the best vendor in different ICT categories were as follows:

“The event had attracted strong response with significant participation from Taiwan, Bangladesh, NEPAL as well as observers from Singapore, South Korea and Hong Kong. We will add a lot more luster to the event in the upcoming editions” Ashish Kapahi added.