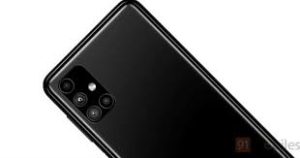 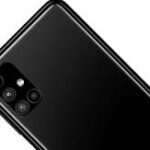 Samsung has established itself as brand known for presenting innovative devices and Galaxy M51 series is another addition in this direction. Galaxy M series has created a name for itself for enabling great smartphone usability with its innovative features and with the Galaxy M51 — it packs a 7,000mAh battery which is huge compared to all its competitors.

With its huge battery power, you might think that 7,000mAh battery would make a phone very bulky, but Samsung has quite intelligently balanced this off by distributing the weight quite well.

Samsung is delivering Infinity-O display with this device, which means there’s a hole at the centre of the top of the screen for the front camera. The display measures 6.7 inches and comes with 20:9 aspect ratio. There is Corning Gorilla Glass 3 protection on the display.

With this device, Samsung has used the Qualcomm Snapdragon 730G. This is giving this device a big edge over all its closest competitors in the market. This device comes with 6GB RAM and 8GB RAM variants, priced at Rs. 24,999 and Rs. 26,999 respectively, along with internal memory of 128GB.

Samsung’s 6.7-inch Infinity-O display has a full-HD+ resolution and yes, you can change the colour output scheme with the help of the Settings app. The Galaxy M51 comes packed with Android 10 and Samsung’s OneUI Core 2.1.

This is an excellent device when it comes to performance and while reviewing the device we never faced any kind of lag while performing routine as well as engaging in gaming activities. Overall, the performance was quite snappy. The fingerprint scanner on this device is extremely quick to unlock the smartphone. The face recognition feature also had the same speed and accuracy.

We played Need for Speed game on this device and it ran well at the Default quality setting. The Galaxy M51 could run this game without any lag in performance for a long time. The phone did not get warm to the touch even after playing this for an hour. The monster battery power of this battery is at work here.

As this device is powered by a huge 7,000mAh battery – with my basic usage applications, taking photos and making a few calls, the phone lasted me well over two days just on a single charge. This is making this device, a perfect choice for those who are looking for a bigger and powerful battery for enhancing their smartphone usage. Samsung has done a great job of providing this huge battery and yet not increasing the weight or slimness of the device.

The device is quite to lock focus, and the Scene Optimiser is easy to recognise what the camera is pointed at. Photos taken in daylight turned out well and came out with great amount of detail and decent dynamic range. This device also enables HDR automatically in bright scenes.

Even in low light, the camera setup of this device performs really well and all the pictures taken in low light look great. This device also comes with a Night mode which crops the primary sensor’s output to minimise shakes and as a result this feature enables you to get brighter photos with better details.

With an amazing battery power of 7,000mAh on its side Samsung Galaxy M51 is an awesome device for those who look for powerful performance from their device.

The Snapdragon 730G SoC in this device also helps to deliver great performance and will keep people happy at this price point. The Galaxy M51 is an all rounder device from Samsung that can easily outperform its closest competition with each charge.