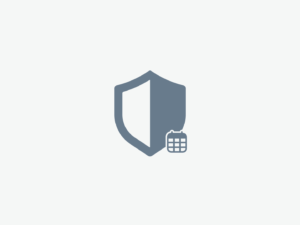 We’re constantly working to find and stop coordinated campaigns that seek to manipulate public debate across our apps. In the past year alone, we’ve taken down over 50 networks worldwide for engaging in coordinated inauthentic behavior (CIB), including ahead of major democratic elections.

Purpose of This Report
Over the past three years, we’ve shared our findings about coordinated inauthentic behavior we detect and remove from our platforms. Starting this month, we will begin publishing information about all networks we take down over the course of a month as part of regular CIB reports to make it easier for people to see progress we’re making in one place.

What is CIB?
While we investigate and enforce against any type of inauthentic behavior — including fake engagement, spam and artificial amplification — we approach enforcement against these mostly financially-motivated activities differently than how we counter foreign interference or domestic influence operations. We routinely take down high-volume inauthentic behaviors like spam which are much less sophisticated, and we do not announce these enforcement actions when we take them.

When we find domestic, non-government campaigns that include groups of accounts and Pages seeking to mislead people about who they are and what they are doing while relying on fake accounts, we remove both inauthentic and authentic accounts, Pages and Groups directly involved in this activity. We will share the removal of this activity as part of our monthly CIB report. However, if the accounts and Pages we remove are directly related to a civic event, pose imminent harm or involves a new technique or a new significant threat actor, we will share our findings at the time of enforcement and we’ll also include them in our monthly report.

We continue to monitor for efforts to re-establish a presence on Facebook by networks we previously removed for CIB. As part of our this continuous enforcement, using both automated and manual detection, we constantly remove accounts and Pages connected to networks we took down in the past. We will share these numbers as part of our monthly CIB reports moving forward.

If we find any instances of CIB conducted on behalf of a government entity or by a foreign actor, we apply the broadest enforcement measures including the removal of every on-platform property connected to the operation itself and the people and organizations behind it. We will announce the removal of this activity at the time of enforcement and will also include it in our monthly report.

This month, we removed 5 networks of accounts, Pages and Groups engaged in foreign or government interference — which is coordinated inauthentic behavior on behalf of a foreign actor or government entity. We reported the removal of three of these networks earlier this month, and we’re reporting the remaining two today. We have shared information about our findings with law enforcement, policymakers and industry partners.

Newer PostMicrosoft AI Awards 2.0 celebrates innovation in AI in India
Older PostNokia announced it is expanding its fiber access portfolio to deliver a gigabit experience to everyone