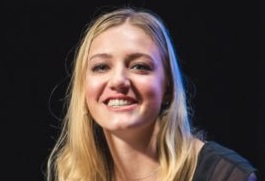 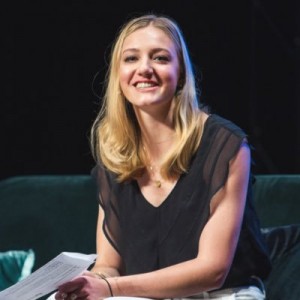 Forbes, a global publisher with a focus on business news, is constantly reinventing itself to meet the demands of modern media. Amid talks of declining news readership, Forbes had its most profitable year in 2018 since it became Forbes Media in 2006. Playing a major role in Forbes’ success story is their focus on social-first content and personalized engagements with millions of followers across its social channels – particularly on Twitter.

I spoke with Emily Drewry, Senior Manager of Social Content at Forbes, for an inside look at Forbes’ approach to creating engaging content and developing a global Twitter strategy. According to Emily, “Twitter for us is like nowhere else.” Check out the full interview below to learn more about how Forbes is creating relevant content for its Twitter audience.

Rachel: How many handles does Forbes have, and how do you manage them?

Emily: Forbes has more than 30 social media accounts so we really use the calendar in Sprinklr to see what’s coming up and this enables the social team across the world to stay on the same page. The calendar has turned into a communication tool for us, to help us collaborate.

My team spends an average of 6 hours per day using Sprinklr, and we estimate our jobs would take an average 5 hours additional per day without the platform.

Emily: Forbes has many different types of coverage. We are known for longer, in-depth features but we also have a trending news initiative. For breaking news reporters, it’s essential we get their stories out on Twitter as soon as possible. That allows them to be part of the real-time news conversation and reach a crucial, broad audience. Twitter for us is like nowhere else. If you’re not on Twitter when a conversation is happening, it’s a huge opportunity missed.

Our editor is scheduling posts throughout the day, 24 hours a day, 7 days a week. We post probably 100 posts a day on Twitter, focusing on the most timely content that comes from Forbes.com.

With Sprinklr publishing, we schedule content on Twitter ahead of time for nights and weekends so we can still go home and be normal people. If we need to quickly change the time of the scheduled post or edit the text within it, we don’t have to redo the post in Sprinklr which is a productivity savings— we can just drag and drop the post to the new time and make edits within the platform. News stories are coming in quickly all the time so we often have to reschedule things, and I can’t imagine what it would be like to manually change scheduled Twitter posts every time we wanted to make an edit. Definitely saves us a number of hours a week.

Rachel: Can you talk about your video series the #ForbesFlash?

Emily: #ForbesFlash started in July 2017, and it’s a regular recap of the biggest stories of the week. What’s important and valuable about it is that I’m not reiterating the stories that everyone has already read. We’re focused on the quality journalism that our reporters have put out for the week.

Twitter was the home initially for the #ForbesFlash because I found that our audience didn’t have a visual opportunity to catch up on the most important news of the week. Because of Sprinklr reporting, I know which stories were the most popular for the week so it helps me curate the script for these videos.

Rachel: How have you increased the engagement of the content you’re putting out for Forbes across social?

Emily: Based on the ability to look at all of our social content comprehensively in Sprinklr, we’ve been able to optimize our social content across platforms for specifically what our audience is interested in seeing. I can use Sprinklr to filter by channels and easily understand that the content that performs best on Twitter might not be what performs best on Facebook or LinkedIn. So we’re using the real-time engagement metrics and click-through rates to help us continuously improve the effectiveness of our content.

Emily: Twitter is the platform we publish on the most because it’s great for real-time, breaking news and it’s where our audience spends their time. Twitter is a news aggregator for many people, so it’s important for us to join in as a voice for our readers.