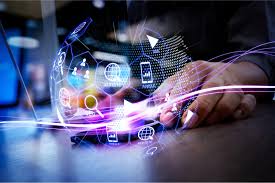 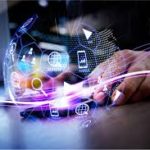 The Indian Digital Advertising market grew over 2018-19 to reach INR 14,819 Cr, as the overall Advertisement market expanded to INR 70,568 Cr. Even while the sectors presently witness a temporary dip due to COVID19 related economic slowdown, the industry is likely to see a sharp growth on account of a) effectiveness of digital in customer acquisition as well as brand building and b) cost effectiveness.

The findings of the IAMAI’s Digital Advertising in India Report 2019 executed by Nielsen Media – suggest that India with one of the world’s largest internet user base has a huge headroom for growth as India still ranks low when compared to other countries on the relative size of the digital advertising sector.

Nonetheless, digital ad spends are fast gaining traction in India growing by 25%, when compared to overall ad spends which increased by 7% over2018.

The report suggests that while the General Elections, Cricket World Cup, and IPL drove much of the advertising activity, the overall slowdown of the economy led to sluggish media spends in certain sectors. Mobile advertising has risen over the past few years to achieve a projected allocation of a whopping 90% of the total digital ad spends across formats.

Even as traditional advertising continues to dominate the Indian advertising sector, certain key sectors like FMCG, e-commerce, auto, and travel keep driving up the growth of digital advertising.

Interestingly, even while FMCG has the maximum digital spending, it constitutes only 17% of the sector’s total ad spends. In terms of the proportion of ad spends on digital; BFSI (46%), e-commerce (40%), travel (32%), and telecommunications (33%) are the key sectors allocating a higher proportion of their total advertisement budgets to digital advertising.

As the spending on digital increases, it becomes crucial to understand if the right set of audiences are being reached or not.