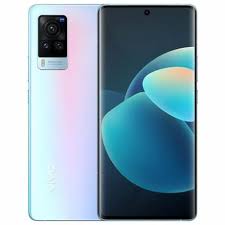 All the three models in the vivo X60 series flaunt a 6.56-inch centered punch-hole Super AMOLED display with a resolution of FHD+ (1080 x 2376 pixel), a 120Hz refresh rate, and an in-screen fingerprint sensor. But the panel on the standard variant is flat compared to curved on the other two.

Talking about cameras, the vivo X60 and the vivo X60 Pro have an identical triple camera setup (48MP + 13MP + 13MP)  and a 32MP selfie camera. However, although both have Zeiss optics, the primary sensor on the Pro model not only has a larger F/1.48 aperture but also Gimbal Stabilization 2.0. Anyway, the standard model does come with OIS. Whereas, the other two sensors are accompanied by a 2x telephoto lens and a 120° ultra-wide lens that also acts as a macro lens respectively.

On the other hand, the vivo X60 Pro+ features a quad-camera setup with Zeiss T* coating (main camera). This setup includes a 50MP Samsung GN1 sensor with OIS, a 48MP Sony IMX589 sensor with a 114° ultra-wide lens and gimbal stabilization, a 32MP 2x telephoto shooter for portraits, and an 8MP sensor with a 5x periscope lens. Lastly, it also has the same 32MP selfie camera.

On the connectivity front, all three smartphones come with dual-SIM, 5G, dual-band WiFi (WiFi 6 on Pro+), Bluetooth 5.1, NFC, GNSS (GPS, BeiDou, GLONASS, GALILEO, QZSS), and USB Type-C. They also include all the necessary sensors, such as an accelerometer, ambient light sensor, compass, color spectrum sensor, gyroscope, and proximity sensor. But unfortunately, like most high-end devices, they also lack a 3.5mm headphone jack and a MicroSD card slot.

As for software, the trio runs Funtouch OS 11.1 based on Android 11. Further, the regular variant is backed by a 4,300mAh battery while the Pro and Pro+ sport a slightly smaller 4,200mAh cell. As for charging, only the Pro+ support 55W fast charging and the other two are capped at 33W. Sadly, they don’t have support for wireless charging like other flagship smartphones.