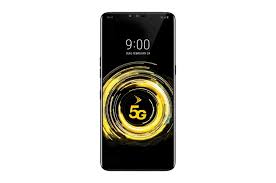 According to the latest IDC Quarterly Mobile Phone Tracker, 5G phone shipments in China reached 485,000 units in 3Q19, as vendors shipped devices in the run-up to the launch of commercial 5G services at the end of October. Most of these units were US$700+ flagships, but there was also activity in lower price bands.

vivo gained an early lead by releasing two 5G models in one month, breaking into both US$700+ high-end via offline channels, as well as pushing into a lower US$450-550 range via online channels. In contrast, Huawei and Samsung were contained to the high-end, while ZTE and China Mobile landed in the US$600-650 range. Xiaomi was able to occupy the US$450-550 segment.

5G network construction in China has been picking up quickly with the support of the government and policies around co-construction and sharing between operators. But wider geographic coverage will take time, and IDC expects that device shipments will lead subscriber numbers for now. Fortunately, data tariffs are priced attractively against 4G, complete with tiering by speed for different user needs. IDC expects a significant amount of industry momentum to drive volumes in 2020.