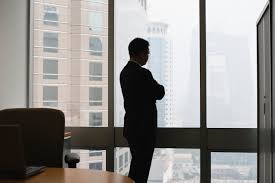 Growth continues to top the list of CEO business priorities in 2019 and 2020, according to a recent survey of CEOs and senior executives by Gartner, Inc. The most notable change in comparison to last year’s results is that a growing number of CEOs also deem financial priorities important, especially profitability improvement.

The annual Gartner 2019 CEO and Senior Business Executive Survey of 473 CEO and senior business executives in the fourth quarter of 2018 examined their business issues, as well as some areas of technology agenda impact. In total, 473 business leaders of companies with $50 million or more and 60% with $1 billion or more in annual revenue were qualified and surveyed.

“After a significant fall last year, mentions of growth increased this year to 53%, up from 40% in 2018,” said Mark Raskino, vice president and distinguished analyst at Gartner. “This suggests that CEOs have switched their focus back to tactical performance as clouds gather on the horizon.”

At the same time, mentions of financial priorities, cost and risk management also increased (see Figure 1). “However, we did not see CEOs intending to significantly cut costs in various business areas. They are aware of the rising economic challenges and proceeding with more caution — they are not preparing for recession,” said Mr Raskino.

The survey results showed that a popular solution when growth is challenged is to look in other geographic locations for growth. Responses mentioned other cities, states, countries and regions, as well as “new markets” would also include some geographic reach (though a new market can also be industry-related, or virtual).

“It is natural to use location hunting for growth when traditional and home markets are saturated or fading,” said Mr Raskino. “However, this year the international part of such reach is complicated and compounded by a shift in the geopolitical landscape. Twenty-three per cent of CEOs see significant impacts to their own businesses arising from recent developments in tariffs, quotas and other forms of trade controls. Another 58% of CEOs have general concerns about this issue, suggesting that more CEOs anticipate it might impact their businesses in future.”

Another way that CEOs seem to be confronting softening growth prospects and weakening margins is to seek diversification — which increasingly means the application of digital business to offer new products and revenue-producing channels. Eighty-two per cent of respondents agreed that they had a management initiative or transformation programme underway to make their companies more digital — up from 62% in 2018.

Cost management has risen in CEO priorities, from No. 10 in 2018 to No. 8 today. When asked about their cost-control methods, 27% of respondents cited technology enablement, securing the third spot after measures around people and organisation, such as bonuses and expense and budget management. However, when asked to consider productivity and efficiency actions, CEOs were much more inclined to think of technology as a tool. Forty-seven per cent of respondents mentioned technology as one of their top two ways to improve productivity.

Digital Skills for All Executives

Digital business is something the whole executive committee must be engaged in. However, the survey results showed that CEOs are concerned that some of the executive roles do not possess strong or even sufficient digital skills to face the future. On average, CEOs think that sales, risk, supply chain and HR officers are most in need of more digital savvy.

Once all executive leaders are more comfortable with the digital sphere, new capabilities to execute on their business strategies will need to be developed. When asked which organisational competencies their company needs to develop the most, 18% of CEOs named talent management, closely followed by technology enablement and digitalisation (17%) and data centricity or data management (15%).

“Datacentric decision-making is a key culture and capability change in a management system that hopes to thrive in the digital age. Executive leaders must be a role model to encourage and foster data centricity and data literacy in their business units and the organisation as a whole,” Mr Raskino said.