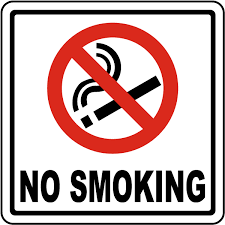 Terming smoking as a health & social evil, the Confederation of All India Traders (CAIT) will launch a national campaign ” Say No to Smoking ” across the Country calling upon the traders to move away from cigarette smoking which has been found extremely dangerous to health by several studies.However, since addiction to smoking always remain too high and takes time to leave the smoking habit, it will be better if newer products like e-cigarette which are said to be 95 percent less harmful than cigarettes may be used.

Though, the CAIT is against adoption of any kind of ill habits like smoking but it has been observed that traders due to work pressure remains under tension round the cock and therefore opt for smoking. In case of necessity, it would be prudent to opt for lesser evil and.help them significantly reduce exposure to tar in combustible cigarettes-said CAIT National President Mr. B.C.Bhartia.

Studies by institutions such as Public Health England have shown that Electronic Nicotine Delivery System (ENDS), also known as vapes, are at least 95 percent less harmful than cigarettes. Vaping products have gained popularity as a ‘harm reduction’ tool for smokers. It is an accepted notion in the medical fraternity that most of the harm associated with cigarettes is due to burning of tobacco rather than the delivery of nicotine. Unlike cigarettes, ENDS deliver nicotine without the harmful by-products such as tar and carbon monoxide among other 70 known carcinogens. A report by the Royal College of Physicians stated that ENDS were effective in helping smokers quit cigarette smoking altogether.

Another recent study by Dr. Riccardo Polosa, an international expert on smoking related illnesses, showed that switching to e-cigarettes for 3 years can reverse harm caused by tobacco smoking in patients who had Chronic Obstructive Pulmonary Disease (COPD). Several other studies conducted on ENDS have reaffirmed that vaping is much less harmful than cigarette smoking and can be an effective substitute for smokers.

Mr. Praveen Khandelwal, National General Secretary, CAIT, appealed to Indian traders to provide alternatives to cigarette smokers “Tobacco use and smoking causes over 1.35 million deaths in India every year. Cigarettes are easily accessible across all Paanshops that cover every nook and corner of Indian cities and the bulk of sales happen in loose where smokers are rarely impacted by the health warnings on the packs [with no checks on sales to minor]. We need to switch to less harmful alternatives like ENDS to eventually reduce adverse effects on health.

Mr. B.C. Bhartia, National President, CAIT, stated that, “ENDS are now being used by smokers in many countries like UK, Canada, US and to minimize harm to their health. At CAIT, we are concerned about not just the financial but also the physical well-being of our trader community. This is why it is our responsibility to inform our members about ‘harm reduction’ tools that can reduce risk of cancer, heart disease and other tobacco-related illnesses. Earlier, people found it very difficult to quit smoking because of the nicotine addiction, but now with less harmful alternatives like ENDS, it can be much easier to quit and stay off cigarette smoking.”

The CAIT also requested the Government of India to stipulate the right regulations for the category so as to provide adult smokers with a viable alternative solution in a manner that is consistent with Government’s past approach of effective supervision and control of sales of such products.