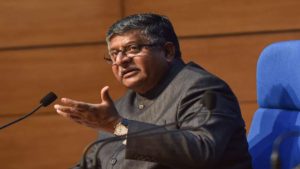 The Government on Wednesday approved a 12,195 crore production-linked incentive (PLI) scheme for telecom gear manufacturing in India which is expected to encourage production of equipment worth Rs 2.44 lakh crore and create direct and indirect employment for about 40,000 people, Union minister Ravi Shankar Prasad said.

The PLI scheme for telecom gear manufacturing will be operational from April 1, 2021. 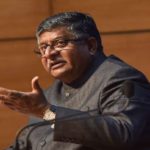 “In the coming five years we hope to have incremental production of Rs 2,44,200 crore, export worth Rs 1,95,360 crore, direct and indirect employment to 40,000 people and tax revenue of approximately Rs 17,000 crore to the country,” telecom minister Ravi Shankar Prasad said after the Cabinet meeting.

According to an official statement, the scheme is expected to bring investment of over Rs 3,000 crore and generate huge direct and indirect employment and taxes both. Addressing reporters after the Cabinet meeting, Prasad said that the government is positioning India as a global powerhouse for manufacturing, and has created a conducive environment for ease of doing business.

“Cabinet has approved PLI for telecom sector … To ensure further progress of Make-in-India in telecom equipment space…5G equipment will also come…So it was important to give incentives. We held widespread consultation with stakeholders,” Prasad said adding that the scheme also aims to promote MSMEs in “Aatmanirbhar Bharat’.