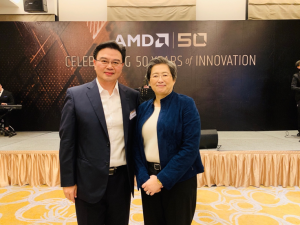 BIOSTAR attracted huge crowds with the latest products during COMPUTEX 2019. The announcement of AMD’s 3rd gen Ryzen 3000 series, was welcomed by the first public appearance of the BIOSTAR RACING X570GT8, which has 3 x PCI-e 4.0 slots, dual BIOS and will support the Razer Chroma RGB lighting system. It was also part of the full showcase of BIOSTAR’s 5G Gaming PC solution, with a full plethora of the future of gaming solutions from the company. In addition, the power-efficient CPU on board solutions and full system with enclosure, showed off ready-built systems for smart home applications and the prototype of Libra, PCI-E Gen 3 X4 SSD. 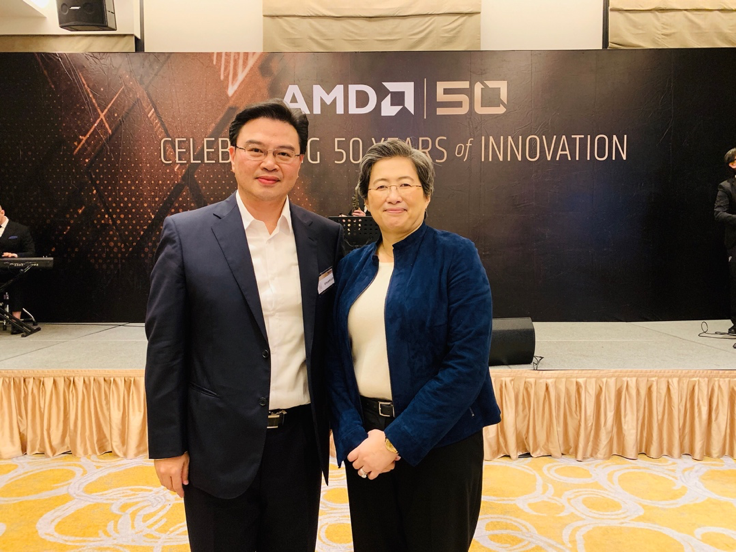 At the AMD 50th anniversary press conference during COMPUTEX, the CEO of AMD, Dr. Lisa Su also recognized BIOSTAR as one of the key strategic partners in continuing to grow and development for the future.

BIOSTAR’s much anticipated flagship RACING X570GT8 was shown publicly for the first time. It features a 12-phase VRM, supports DDR4 memory of up to 4000MHz, three PCI Express Gen 4 lanes, three M.2 slots for up to 32 Gb/s of throughput. 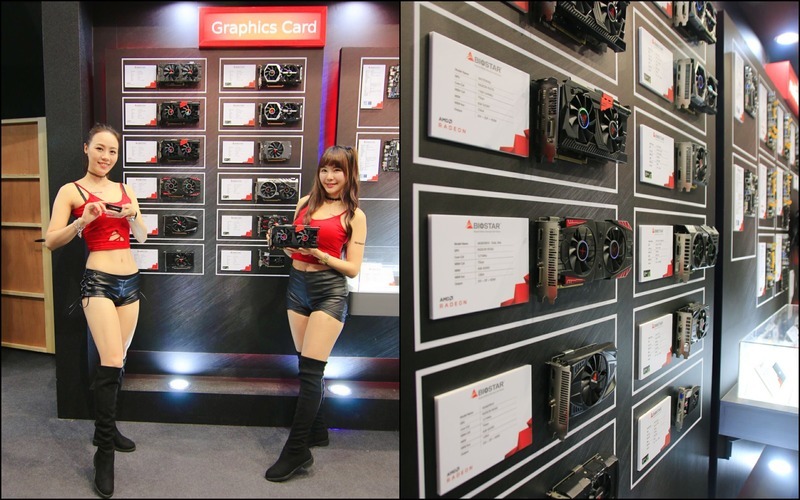 Power-efficient CPU on Board Solutions 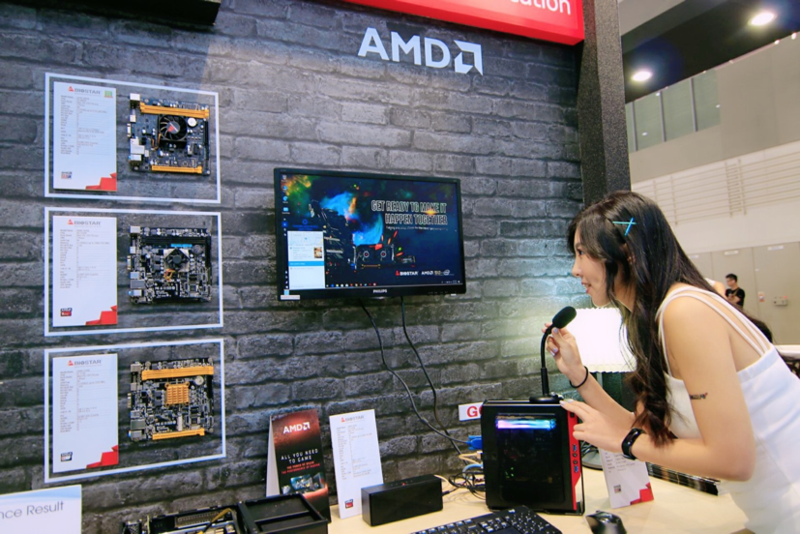 BIOSTAR offers a wide range of AMD and Intel CPU on board solutions, which makes it easy to create smart home solution depending on the requirements. AMD solutions include: A10N-8800E, A68N-5600E and A68N-2100E and Intel solutions include: J3160NH, J4105TH. On display were pre-installed mini-ITX systems partnering with the likes of Cooler Master and SilverStone, which BIOSTAR plans to roll out after the show. Users got a chance to experience the AI assistant demo utilizing these CPU on board solutions to the future of smart homes is now. 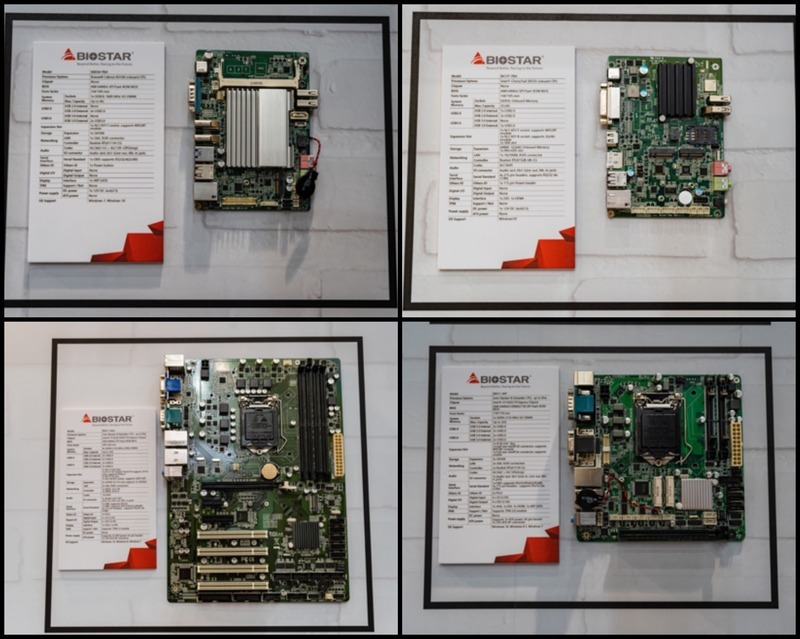 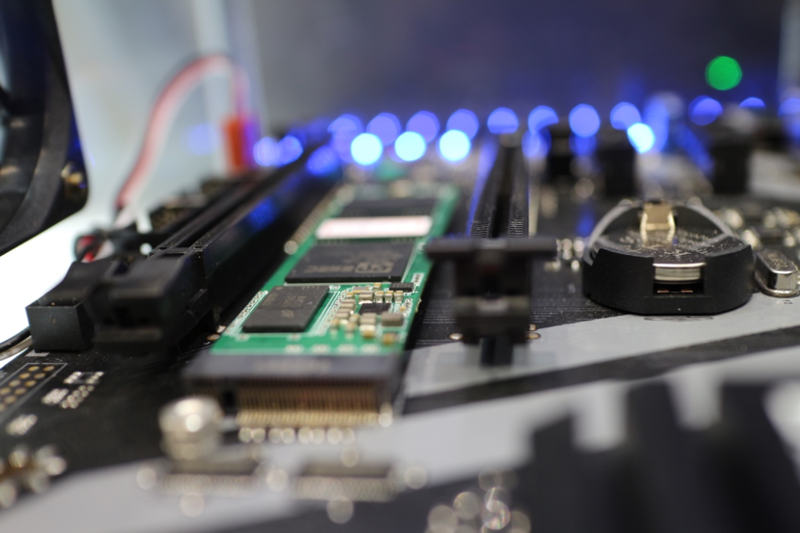 Content creators will be pleased to know that BIOSTAR’s advancement in Libra PCI-E Gen 3 X4 M.2 SSD 512GB can reach speeds of read up to 3444 MB/s and write up to 1670 MB/s for twice to speed was shown with a direct comparison with previous generation M.2 SSD from the company.

BIOSTAR continued to make huge strides at COMPUTE 2019. The latest showcase of the 5G gaming concept, the much anticipated AM4 RACING X570GT8, the latest Libra PCI-E Gen3 X4 M.2 SSD, power-efficient CPU on board solutions to fully pre-built systems, IPC and smart home solutions. 2019 looks to be a busy and exciting year for the company. 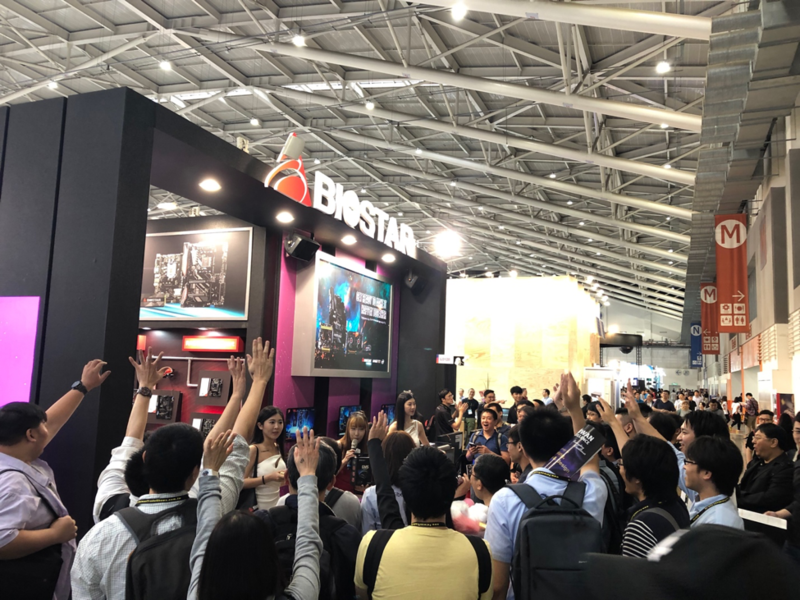