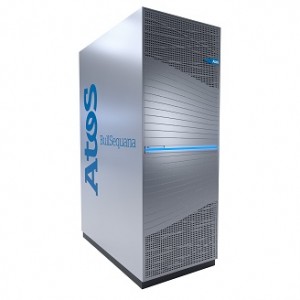 Atos, a global leader in digital transformation, has signed a 4-year contract to supply its BullSequana XH2000 supercomputer, to the University of Luxembourg, renowned European university and international leader in research. The supercomputer, named as ‘AION’, will allow the university to further accelerate research and to face global competition, by achieving cutting-edge results.

The BullSequana XH2000 supercomputer will give researchers 1.5 times more computing capacity than previously, with a theoretical peak performance of 1.7 petaflops which will complement the existing supercomputing cluster. It will be equipped with AMD EPYC™ processors and Mellanox InfiniBand HDR technology, connected to a DDN storage environment.

The new supercomputer will be used by the University and its European and international partners to accelerate the research performed in intensive computing and large-scale Big Data analytics. This includes cutting-edge developments for research in various domains such as particle physics, material sciences, theoretical chemistry, earth sciences, numerical weather prediction, astrophysics, cryptology, artificial intelligence, and economical simulations.

“One of the key reasons Atos was selected for this contract was due to our BullSequana XH2000’s highly-efficient water-cooled Direct Liquid Cooling (DLC) solution, which ensures optimum energy-efficiency.” said Antoine Kerrinckx, CEO Belgium and Luxembourg at Atos. “As the leading European supercomputer manufacturer, we’re proud to be contributing to the competitiveness of Luxembourg and to enable researchers further accelerate in their work.”

“Modern research requires significant computing power and generates large amounts of data – therefore we needed a HPC solution which responds to our growing need for increased computing capacity in order to increase our research capabilities and enable us to go beyond the limits of traditional simulation.” said Dr. Sébastien Varrette, co-leading with Prof. Pascal Bouvry the High Performance Computing service at the University of Luxembourg. “With the release of the AION system, the global capacity of the HPC infrastructure provided within the University will be increased both in terms of computing (totaling 2.8 PetaFlops with both systems) and shared storage (up to 10 PetaBytes).  This consolidates the University’s ambition to offer a cutting-edge research infrastructure to Luxembourg public research and serves as edge access to the upcoming Luxembourg MeluXina supercomputer in the EURO-HPC context.”

Delivery of the ‘AION’ supercomputer is expected in Q1 2020.