The latest model of the Apple mobile phone, the iPhone 6, will hit the Indian markets Oct 17 with a price range of Rs.53,500 to Rs.80,500, according to the company’s distributors. 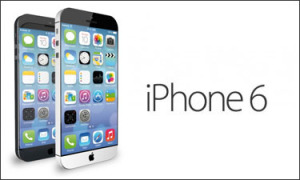 For the first time, Apple is introducing its pre-booking concept in India, by which a person interested in buying the iPhone can go to any of Apple’s distributors, choose a model and pre-book.

Once that is done, a coupon will be issued that can be used to buy the actual phone from the midnight following Oct 6.

“Customers can pre-order both models beginning Oct 7 at 12:01 a.m. at the major retail outlets of the partners,” said Ingram Micro, one of Apple’s largest distributors and partners in India.

Early September, Apple had unveiled two bigger screen versions of the iPhone, the 6 and the 6 Plus, a new Apple Watch, touting it as a comprehensive health and fitness device, and a mobile wallet called Apple Pay.

“What we didn’t do was take the iPhone and shrink the user interface and strap it on your wrist,” Chief Executive Tim Cook had said at Apple’s splashy launch event at the Flint Centre in Cupertino, California.

“It’s the most personal device we’ve ever created,” he said of the new watch with a traditional square watch face, calling it “a comprehensive health and fitness device”.

The Apple Watch pairs with the new iPhones to display notifications. It features a magnetic charger, health and fitness apps and a crown that controls zoom and scrolling with a twist. It also tells time.

Apple said it will sell three versions of the Apple Watch, including a sports model and an 18 carat gold model called the “Apple Watch Edition”. The Apple Watch also comes in two sizes, one slightly smaller than the other.

Announcing its version of the mobile wallet Cook said: “We’ve created an entirely new payment process, and we call it Apple Pay.”