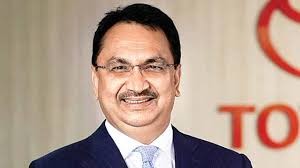 This Saturday finance minister Nirmala Sitharaman will present her second Union Budget, barely seven months after her first one in July last year. In the interim period, she has been actively engaging with industry and other stakeholders and made several policy announcements towards reviving the economy. This is a good practice, as the government can respond to issues as they develop instead of being limited to making announcements once a year. Nevertheless, the Budget announcement is critical, most importantly due to the fiscal numbers that come with it.

This year, it is widely believed that the fiscal deficit will exceed its target of 3.3% of GDP due to the shortfall in revenue collection. The question is, at what level should it be set for the coming fiscal year 2020-21? CII believes this is not the time for belt tightening or fiscal consolidation, in view of the economic slowdown which would get further reinforced if the government chooses to cut down its spending. That said, the spending should be in productive areas such as physical or social infrastructure, which yield positive returns.

Opponents to fiscal expansion would argue that higher borrowing by the government would drive up interest rates and have a negative impact on the economy. I would argue here that global interest rates are currently at an all-time low on account of the global economic slowdown, and financial markets are awash with liquidity. In fact, this would be a good time for the Indian government to launch sovereign bonds in global markets, which was one of the proposals in the July Budget that is yet to be implemented.

With revenue mobilisation slowing down, the government should look at aggressively raising money from alternative sources such as asset sales, PSU divestment and resolution of pending tax litigation. It has been estimated that tax disputes worth Rs 5.7 lakh crore were outstanding as of March 2019. An expert panel could be constituted under CBDT to resolve these disputes at the assessment stage. This would not only provide additional revenue to the government but would be a huge sentiment booster.

Excessive litigation has also created a lack of trust between industry and government. In this context, it would be encouraging for industry if the government could decriminalise the taxation laws and procedures. This is already being done for the Companies Act in recognition of the fact that non-compliance with the law may be a result of adverse business developments rather than a criminal act. The imposition of penalties would be an adequate punishment rather than imprisonment.

Industry has repeatedly raised the issue of delayed payments from various government entities which has even resulted in business failure in some cases. While the government has initiated payments in a few cases, the issue runs deeper than initially expected. Many cases are stuck in arbitration that are yet to be settled.

In this situation, it may be useful to create a credit guarantee scheme in which public sector banks can extend loans to the government entity to release the arbitral award to the private vendor. In any case, outstanding payments from the government should not be treated as non-performing assets, as they should have a sovereign guarantee.

In September last year, the finance minister made a bold move to reduce the corporate tax rate. While this has made Indian tax rates competitive with other geographies and is expected to have significant positive impact, it has created a multiplicity of tax rates. Tax rates are now unequal across manufacturing and service sectors and across age of companies. In the interest of simplification and uniformity, it is required that all these tax rates be converged over a period of time.

The Union Budget could announce a road map for convergence of all corporate tax rates to 15%, with no exemptions and incentives, by April 1, 2023. A signalling to this effect could help further boost investor sentiment and encourage investments.

The broader context of the economic slowdown lies in the risk aversion that has spread across the financial system following many unexpected defaults and bankruptcies. Bank lending has slowed to a trickle while the non-banking financial (NBFC) sector is facing a lack of funds. The finance minister needs to provide assurance that financial sector reform will be a priority for the government. This could include reduction in government equity holding in banks as well as measures to support NBFCs.

Job creation must be uppermost on the government’s mind and one sector that is critical for relatively unskilled jobs is the construction sector. A revival in construction activity would not only create demand across multiple industrial sectors but would also generate income for mostly rural workers.

The government has announced its plan to spend Rs 102 lakh crore on infrastructure over the next five years and any concrete measures to implement this would be welcome. For housing, tax incentives to homebuyers such as an increase in the deduction on interest payments could be considered.

A well-rounded Budget announcement that stimulates both consumption and investment will help lift business sentiment in the near term and provide the basis for sustainable growth over the next few years.