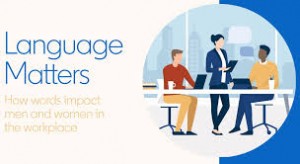 LinkedIn released the new report, Language Matters: How Words Impact Men and Women in the Workplace. The report takes an in-depth look at how the words different genders use to describe themselves, could impact their experiences at work and during the hiring process.

This report intends to highlight data and insights that highlight professional trends and empower job-seekers and companies to make changes toward a more diverse, gender-balanced workforce. Please see below for key highlights: